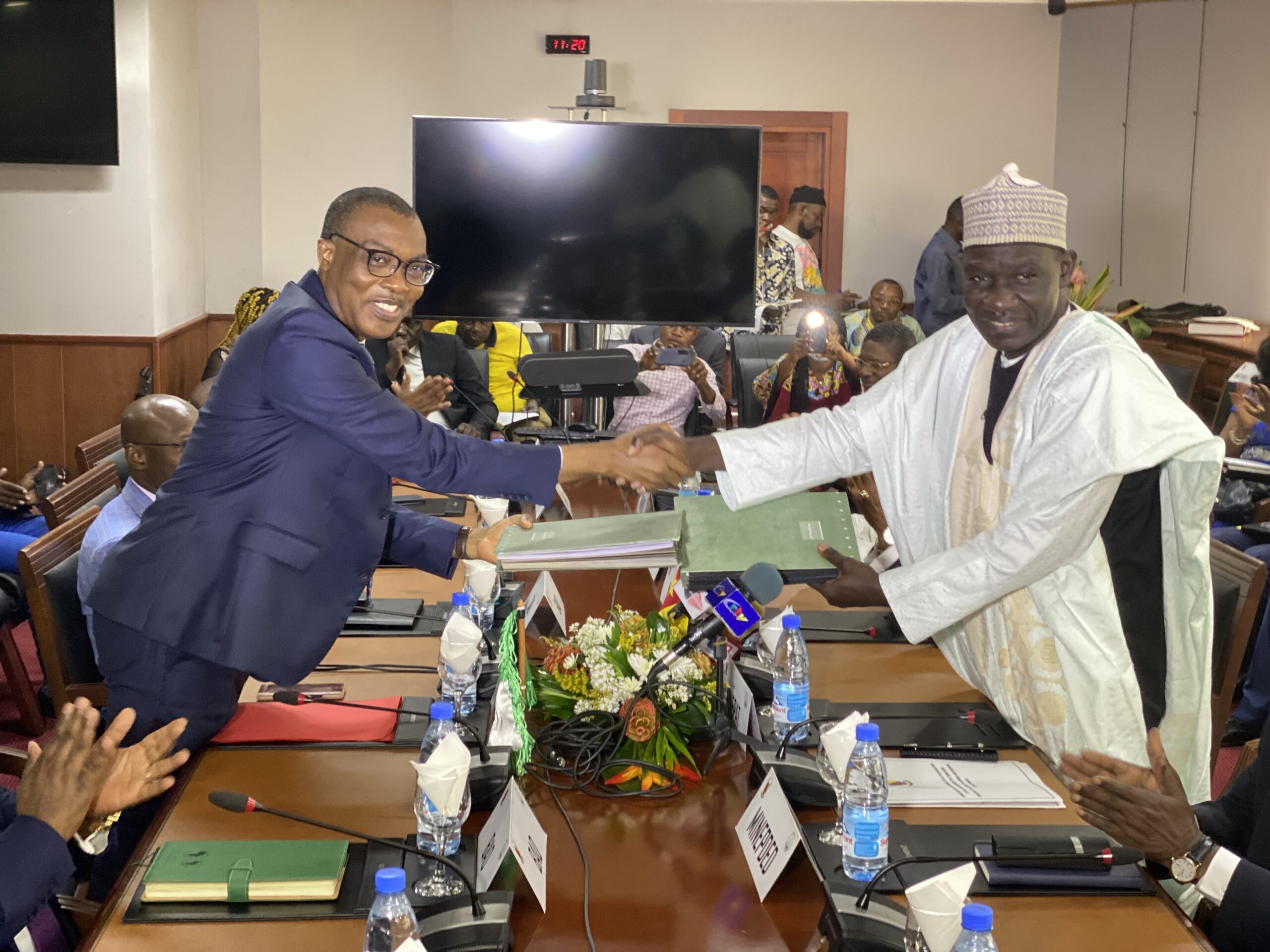 The African Development Bank Group  has provided new funding for two ongoing major projects in Cameroon: the Develop Access Roads to the Industrial and Port Area of Kribi Project (PARZIK)  and the Yaoundé City Sustainable Enhanced Drainage and Sanitation Project (PCADY) .The African Development Bank’s Director General for Central Africa, Serge N’Guessan, and Alamine Ousman Mey, Cameroon’s Minister of the Economy, Planning and Regional Development signed the loan agreements for both projects on 20 September 2022 in Yaoundé.PARZIK will receive €40 million, following on from an earlier €114 million tranche. The Bank’s board of directors approved the follow-up loan on 22 June 2022.PARZIK aims to ease road traffic between the towns of Edea and Kribi, which has a deep-water port. The project, which will also increase road security, entails rehabilitation of the badly deteriorated 110 km roadway linking the towns. The road will also be extended to reach Equatorial Guinea and connect the two countries. Additionally, a bridge will be built over the Ntem River to strengthen the national and trans-African corridors such as Douala-Kribi-Bata, Kribi-Yaoundé-Bangui and Kribi-Yaoundé-N’Djamena.The second loan will go to the PCADY project, a large-scale operation launched in 2013 to reduce the flooding that overwhelms the Cameroonian capital every year and also improve stormwater management, sanitation and public hygiene.  With the new loan of almost €33.5 million, Yaoundé will continue to address the residual flooding that occurs in the city centre including on Avenue Kennedy. A flood control basin will be built and solid waste management will be improved. As in the previous two phases of the programme, a number of facilities, playgrounds and green spaces are planned.This new phase of the PCADY project will also benefit from an $8 million grant from the Global Environment Facility (GEF). This will be used to finance the design studies for the planned Ongot landfill in Yaoundé, in addition to the construction in Douala’s Ngombé district. of a treatment centre for special and/or hazardous industrial waste.“I thank you for the impetus that our cooperation has just received under your leadership. The fulfilment of these two operations is the fruit of your efforts, combined with those of your staff who, together with ours, made up a dynamic and committed team dedicated to the achievement of our country’s development objectives,” said Minister Mey during the signing ceremony, which he attended with other members of government.“For the African Development Bank Group, these two operations bring the volume of its active portfolio in Cameroon to almost €2 billion, broken down into 25 operations,” said N’Guessan of the African Development Bank. He added: “The transport sector alone accounts for 51.6% of the portfolio, or more than €1 billion, demonstrating the leading role of the African Development Bank Group in financing the transport sector in the country and the sub-region.”