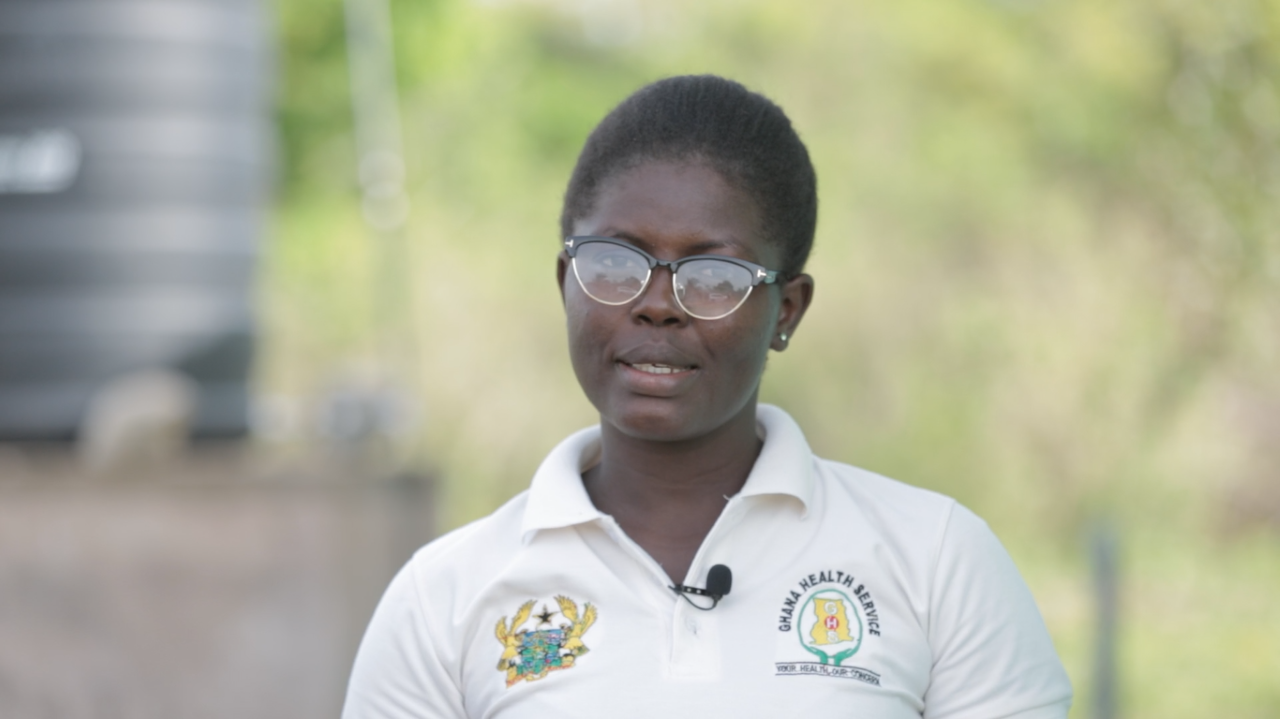 DIGYA, Ghana – Local farmer Precious Amewornu nearly died just before she could give birth to her second child and had to travel almost 500 kilometres for hospital care because her local clinic was not equipped to deal with her high blood pressure – one of the most common non-communicable diseases (NCDs).

A nurse at her primary health facility in Afram Plains, the fishing and farming community along the Atlantic coast just west of Togo where she had travelled from, could tell something was wrong but lacked the tools needed for proper diagnosis and treatment.

“The nurse told me my blood pressure is high while she observed me, and placed her hand on my forehead and neck,” Amewornu said.

But there was “no blood pressure machine or medicine at the facility,” she recalled, so the nurse referred her to Donkorkrom Presbyterian Hospital, almost 500 kilometres away.

Donkorkrom, the only hospital in Afram Plains North District, provides services for an area greater than 5,000 square kilometres.

“Due to the distance between the two facilities, I arrived late at the hospital and I had to go through a Caesarean session because I couldn’t push my baby,” Amewornu recalled while sitting on a wooden bench in front of her home after returning from the hospital. “I was tired and had complications.”

NCDs such as cardiovascular and respiratory diseases, cancers, high blood pressure and diabetes are the leading causes of death globally. They are responsible for some of the highest rates of premature mortality in low- and middle-income countries, including sub-Saharan Africa.

But health services in low and middle-income countries have yet to adapt to their growing burden of non-communicable diseases (NCDs) and still prioritise infectious diseases, according to a report last year by the NCD Alliance.

In Africa, some 37% of premature deaths were due to NCDs in 2019, up from 24% in 2000, according to the World Health Organization’s (WHO) Africa Regional Office.

But funding and resources to control NCDs in most African countries, including Ghana, remains a challenge since most of them depend on donor-driven funds, rather than local budgetary allocations. 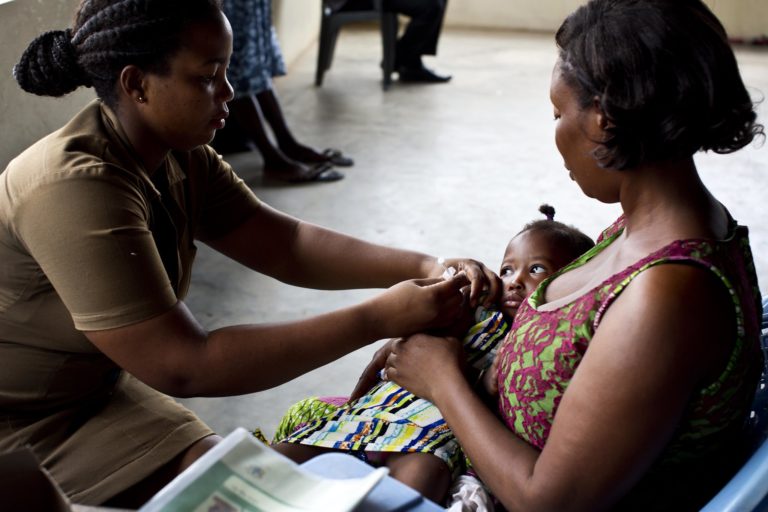 A 2022 report tracking the rollout of universal healthcare in the region shows government spending on health as a proportion of total health expenditure is lowest in African countries.

Only seven of the 47 WHO Africa member states – Algeria, Botswana, Cabo Verde, Eswatini, Gabon, Seychelles and South Africa – fund more than 50% of their health budgets, relying heavily on donors and citizens to pay for their own services.

“The overall funding for health as a proportion of GDP and proportion of health funded by the government must increase to enable countries to reduce out-of-pocket spending and be able to steer their UHC agenda,” the report says.

Ghana’s universal health coverage, NCDs yet to be integrated

Ghana’s UHC Roadmap 2020-2030 aims to strengthen the country’s primary care system with an emphasis on integrated services, but the country does not have enough resources to carry it out and the government’s aid for citizens to access health care has declined sharply.

Ghana’s President Nana Akufo-Addo hosted a summit in April for African leaders to focus on fighting NCDs, and he is following it up with another session this week on the sidelines of the United Nations General Assembly’s high-level gathering in New York City.

Despite the attention to the issue, few Ghanaians have access yet to routine screenings for NCDs like high blood pressure and glucose at the primary care level, according to officials with Ghana Health Service, part of the nation’s Ministry of Health.

Data from the health service’s NCDs program show that one-in-five people were diagnosed with one of the NCDs last year, and the situation is even more pronounced in rural areas.

One nurse, Belinda Kumatu, who works in the Afram Plains North and South districts, said local care facilities have only enough resources to offer care for antenatal, malaria and family planning needs, and are forced to refer cases to Donkorkrom or one other hospital. She said there also are no readily available ambulance services for emergency situations.

“We cannot do even normal delivery, because there is no equipment, a midwife or electricity,” said Kumatu, adding she hopes the government will step in and improve the overall level of care. “The ordinary vehicles take hours to get to the next facility for patients to access care. We sometimes lose patients or their babies due to delay.”

Ghana’s concept of primary care to expand to NCDs

Initially, the government’s concept of primary care focused on maternal and newborn care with little attention to NCDs because they are seen as lifestyle conditions and are easily overlooked, said Dr Efua Commeh, Ghana Health Service’s program manager for NCDs.

But even primary care hasn’t gotten enough resources, she said, and some places lack blood pressure machines, glucometers and other resources for handling diabetes. And some nurses also are well-equipped to educate people about NCDs, she said. A preliminary survey by the health service found only a few primary care facilities do NCDs screenings. 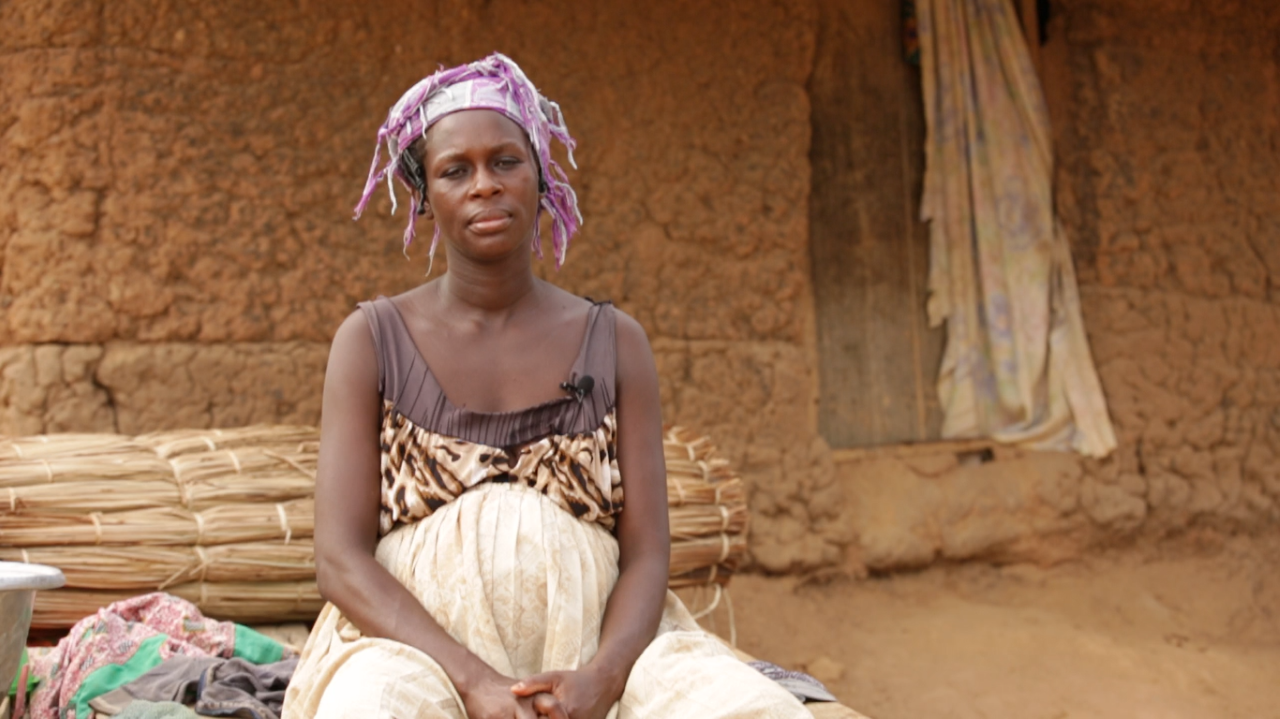 But that is changing, according to Commeh.

“The COVID-19 outbreak has taught us the lesson to pay attention to NCDs, because we saw most people with underlying health conditions dying during the outbreak,” she said. “NCDs have received low coverage because little attention is paid to them over the years.”

Ghana is not the only African country challenged by not having enough resources to fight NCDs.

Other countries such as Kenya, Malawi, Tanzania, Uganda and Zambia have all worked to find solutions, turning to global health financing mechanisms for cost-effective NCDs prevention and care services focused on maternal and child care.

Such financing mechanisms could ensure a more integrated approach for millions of people worldwide living with NCDs and other chronic health conditions, but health systems must adapt to provide a more long-term perspective rather than reacting to short-term conditions.

A WHO consultant and researcher, Dr Koku Awoonor-Williams, suggested restructuring Ghana’s National Health Insurance Scheme (NHIS) would be the surest way to improve its national care for NCDs. He called it “unfortunate” that more information on NCDs is not widely available to the public.

“We need to restructure the NHIS to cover education, awareness creation, and prevention of NCDs besides the curative measures,” said Awoonor-Williams.