With twenty years’ experience of living and working in Africa with the African Development Bank, economist Nelio Oliveira shares the realities of Africa’s status quo – neglect and exploitation 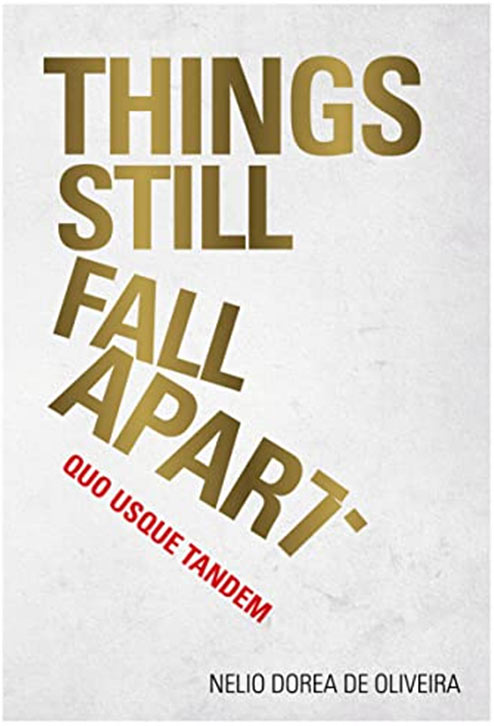 UNITED KINGDOM – In this no holds barred critique of the state of the African continent, Brazilian economist and author Nelio Olivero provides a compelling and substantive overview of the systemic problems that thwart Africa’s ability to fulfil its potential.

Working for the African Development Bank provided the author a unique opportunity to see first-hand the neglect and exploitation that has become the continent’s norm, and to question why the continent is always the world’s poor relation, despite its population size and abundant natural and human resources.

Sharing his views on why the poor have no voice or power, as well as critiquing the interventions of both the World Bank and the IMF, Things Still Fall Apart Is a must-read for those involved in the aid industry and multilateral banks; as well as those keen for 16% of the world’s population to be dealt a better hand.

This collection of memories by a Brazilian economist, from his 20 years working on the continent, explains that this relative stationary situation is caused mostly by political decisions. Political decisions made on behalf of domestic rulers and rich countries; meanwhile, the poor have no voice or power.

The book challenges many historical narratives of the continent and unveils issues such as negative primitive accumulation and the politics of sexuality. The findings of this book reflect the reality of the poor and may be considered alarming and challenging – they need special attention and funding. If not, further stagnation, civil conflicts and migratory waves will persist. As a result, suffering for poor and future costs for rich countries will increase.

“I read Nelio’s book.  What a strong claim for Africa!  I strongly congratulate him: the book reaches one through all pores and mostly through the heart.It is very well written and the presence of the narrator in the events makes it breathe deeply.  One is invited to be there too, in the tragic unfolding history of the continent.  One is called to participate in changing the situation.”Edelyn Schweidson, psychoanalyst. Rio de Janeiro

Nelio Dorea de Oliveira was born in Bahia, Brazil, in 1944. He studied Economics at the Federal University of Bahia, and the University of Glasgow in a PhD programme. He worked at the Ministry of Finance and the National Socio Economic Development Bank (BNDES) in Rio de Janeiro. He moved to Africa to work with the African Development Bank, in conjunction with the World Bank and IMF. Nelio also consulted with the UNDP and Goldman Sachs.

He taught at Rio de Janeiro University, Oporto University and at the Tunis Business School. His international career has enabled him to gain a wide range of skills and exposure to different cultures and languages. He is married with two daughters and lives in London.