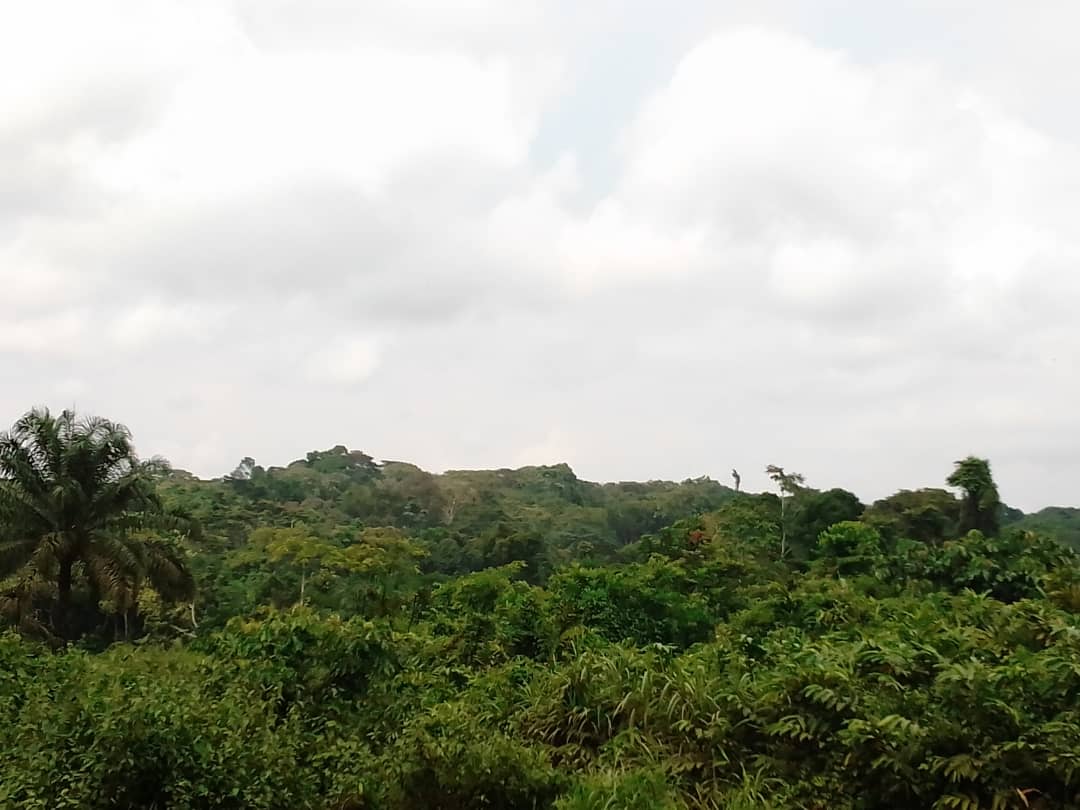 There is a growing consensus that we need not only science and technology but also arts, humanities and social sciences to address the global anthropogenic climate and environmental emergency currently menacing the world, including the Congo Basin in central Africa. Indeed, it is (almost) impossible to ignore the Congo Basin when talking about the ongoing global climate and environmental crisis.

The Congo Basin is indisputably an international geostrategic hotspot due to its rich biodiversity and cultural diversity and its wealth of minerals. The Congo Basin’s geostrategic importance is also significantly explained by its enormous capacity for carbon sequestration and climate mitigation through its tropical rainforests and largest peatlands on Earth, absorbing about 4% of the world’s global carbon emissions.

For some, the Congo Basin has now surpassed the Amazon Basin where deforestation rates are higher to become the first lung of the Earth. This is due to the relatively low levels of deforestation and the 2017 discovery of the world’s largest peatlands in the Congo Basin.

No language, no communication

Nevertheless, the Congo Basin is locked in what I may call a climate-environment puzzle, given that the basin is not immune to climate change, biodiversity loss and environmental degradation, despite its huge potential for climate mitigation and biodiversity preservation.

The good news is that in addition to scientific and technological solutions, the arts, humanities and social sciences can also contribute in sorting out this climate-environment puzzle in the Congo Basin. Environmental communication, conceived in the broadest terms to include communication, journalism, environmental literature (discussed in my doctoral thesis and here), and public diplomacy, among others, has a pivotal role to play in sorting out this puzzle.

Where is English in international communication about the Congo Basin?

So far, international climate communication, especially public diplomacy and advocacy, about the Congo Basin is predominantly carried out in the French language. And this is for obvious reasons. The Congo Basin tropical rainforests run across six central African countries: Cameroon, Central African Republic, the Republic of Congo (Congo-Brazzaville), the Democratic Republic of Congo (DRC or Congo-Kinshasa), Gabon and Equatorial Guinea.

But I argue that very limited environmental communication and public diplomacy by government and other climate stakeholders in English is partly responsible for the international invisibility of the Congo Basin. And this includes the relatively less climate funding that the Congo Basin attracts. Meanwhile, there is no argument about the established status of English as an international lingua franca. Indeed, English is the leading language of global communication in education, science, technology, environment, climate, politics, diplomacy and more.

That said, let me give two examples of how international environmental communication about the Congo Basin in English is far-reaching. First, in my opinion, the most internationally known young climate activist in Francophone Africa is Remy Zahiga from DRCongo and he has mainly earned this status due to his deliberate use of English in his climate activism. In a recent LinkedIn post, inspired by his participation in a panel at the Nuclear Ban Forum and First Meeting of State Parties held in Vienna, Austria, from 18–22 June 2022, Zahiga admitted that not speaking English poses a big challenge for young climate activists from Francophone African countries.

Moreover, most (but not all) other globally prominent young climate activists in Africa come from Anglophone countries like Uganda, Kenya, Nigeria and South Africa.

Meanwhile, from my personal observation, the two most internationally vocal environment ministers in the Congo Basin are Lee White, Gabonese minister of forests and environment, and Arlette Soudan-Nonault, minister of environment, sustainable development and the Congo Basin from Congo-Brazzaville. Of the two, only Lee White – who has British origins – is bilingual in English and French, while Arlette Soudan-Nonault grants all her international interviews in French. Perhaps, with Gabon’s recent admission into the Commonwealth of Nations, one may expect that English will soon become an official language in Gabon and add to their already visible international environmental communication and public diplomacy.

In fact, like Gabon, the other countries in the Congo Basin, including Cameroon, should step up the use of English in their international climate communication. Far from advocating the abandonment of French, my point is that Congo Basin countries will gain more if they do not only carry out their international environmental communication and diplomacy in French and Spanish but also do so significantly in English. This should apply to governmental institutions, activists, researchers, civil society organisations, ENGOs, business owners, and so forth.

Indigenous and local Languages for domestic or local communication

We are constantly reminded of the need to think globally and to act locally in addressing the ongoing climate and environmental crisis. Accordingly, there are important language pieces that we must consider in terms of inward-looking or domestic efforts to tackle the crisis in the Congo Basin and globally.

As ecolinguistics reminds us, climate change and environmental breakdown lead to both biodiversity and cultural-linguistic extinction. For this reason, domestic and local efforts aimed at environmental communication and education in the Congo Basin must move beyond the use of colonially-inherited languages like English, French and Spanish to include local and indigenous languages like Lingala, Lamnso, Fang, Batwa, Sango, Fulfulde, etc.

As a matter of fact, governments, ENGOs, communicators, educators and other stakeholders have to invest in the documentation, preservation and deployment of indigenous and local languages in ensuring environmental education and sensitisation as well as identifying and promoting sustainable indigenous knowledge systems and practices.

At the transnational level, languages like Lingala which is widely spoken in the two Congos and Kiswahili which is spoken in DRCongo and much of southeastern Africa should be used as much as possible. Fortunately, Kiswahili was recently adopted as one of the official languages of the African Union (AU). There are also transnational languages spoken across the borders of Cameroon, Central African Republic, Congo-Brazzaville, Gabon and Equatorial Guinea.

At the national levels, in Cameroon for instance, widely spoken languages like Pidgin English, Camfranglais and Fulfulde have to be used where relevant. Indeed, no local or indigenous language should be left behind. There are about 300 ethnic languages spoken in Cameroon. Similarly, there are about 215 languages spoken in the DRCongo. In short, each of the six countries of the Congo Basin has numerous indigenous and local languages–e.g., languages of the Baaka, Batwa, Bantu, Tikar, etc.–that should be used to this end.

And it is also important to ensure the translation and interpretation of environmental information and knowledge from colonially-inherited languages like English, French and Spanish into all local and indigenous languages. In fact, this is imperative not only for the sake of the climate and environmental crisis but also for science and knowledge to be transmitted to African peoples in their ancestral languages or mother tongues.

However, translation and interpretation must also be reciprocal in order to enable the transmission of local and indigenous knowledge systems and practices, especially those that are more protective of the environment and those that demonstrate the people’s mitigation, adaptation and resilience mechanisms, to a wider global audience. In this regard, Ngugi wa Thiong’o as a strong promoter of African languages advocates not only their documentation and preservation but also translation between them and what he calls a triple language policy.

In conclusion, it is crucial to adopt a robust multilingual approach which significantly includes English alongside other colonially-inherited languages – such as French, Spanish and Portuguese – for international environmental communication and advocacy. This must go together with the deployment of indigenous and local languages – such as Kiswahili, Lingala, Pidgin English, Kikongo, Bassa, Baaka, Batwa, Fang, Fulfulde, Mbessa, Mendumba, Sango and so forth – for inward-facing climate communication, education and sensitisation. By doing so, we will be able to leverage the language pieces in the puzzle of addressing climate and environmental problems and ensuring sustainable development in the Congo Basin.

**Kenneth Nsah (aka Nsah Mala) is a journalist, children’s author, poet, writer, English <> translator, and cultural-literary scholar who operates professionally in English and French. He has placed journalistic pieces with Times Higher Education (UK), The Conversation (Africa & France), and ERA Environment (France/Comoros). Under his pen name Nsah Mala, he is the author and co-editor of numerous poetry volumes in English and French. And he has published many peer-reviewed articles and book chapters on issues such as migration, environment and climate change from an interdisciplinary literary perspective. In 2022, Nsah obtained his PhD in Comparative Literature from Aarhus University (Denmark) with a thesis that focused on how literary texts can contribute in addressing climate and environmental problems in the Congo Basin.

Succession In Cameroon: The Rise of Frank Biya Raising Eyebrows