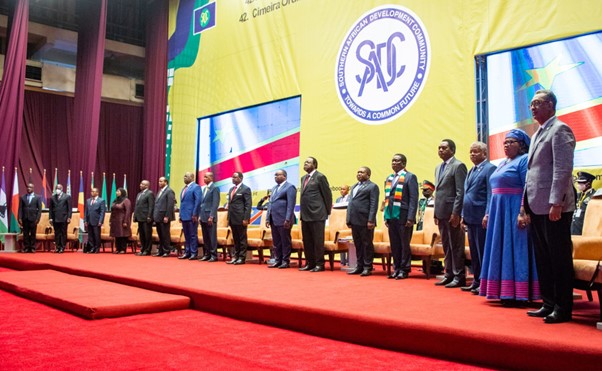 The Southern African Development Community’s (SADC) military mission in Cabo Delgado province, known as SAMIM, will be extended, according to a statement following the SADC summit this week in Kinshasa, Democratic Republic of Congo.

How long the mission would last was not said.

During an extraordinary summit in July, SADC leaders said that SAMIM had achieved  “significant milestones” in the fight against terrorism in Mozambique.

“The pleasing thing was that the people who had fled the various areas in Cabo Delgado are now returning to their homes, with increased confidence that SADC has been helping them to bring about peace,” Cyril Ramaphosa said in a statement released by the Presidency.

The South African head of state said the regional bloc “was also pleased” with “progress made in pushing back the insurgents in the Cabo Delgado area of the Republic of Mozambique”.

In this regard, Ramaphosa added that the SADC had reaffirmed its “total commitment to support the people of Mozambique.