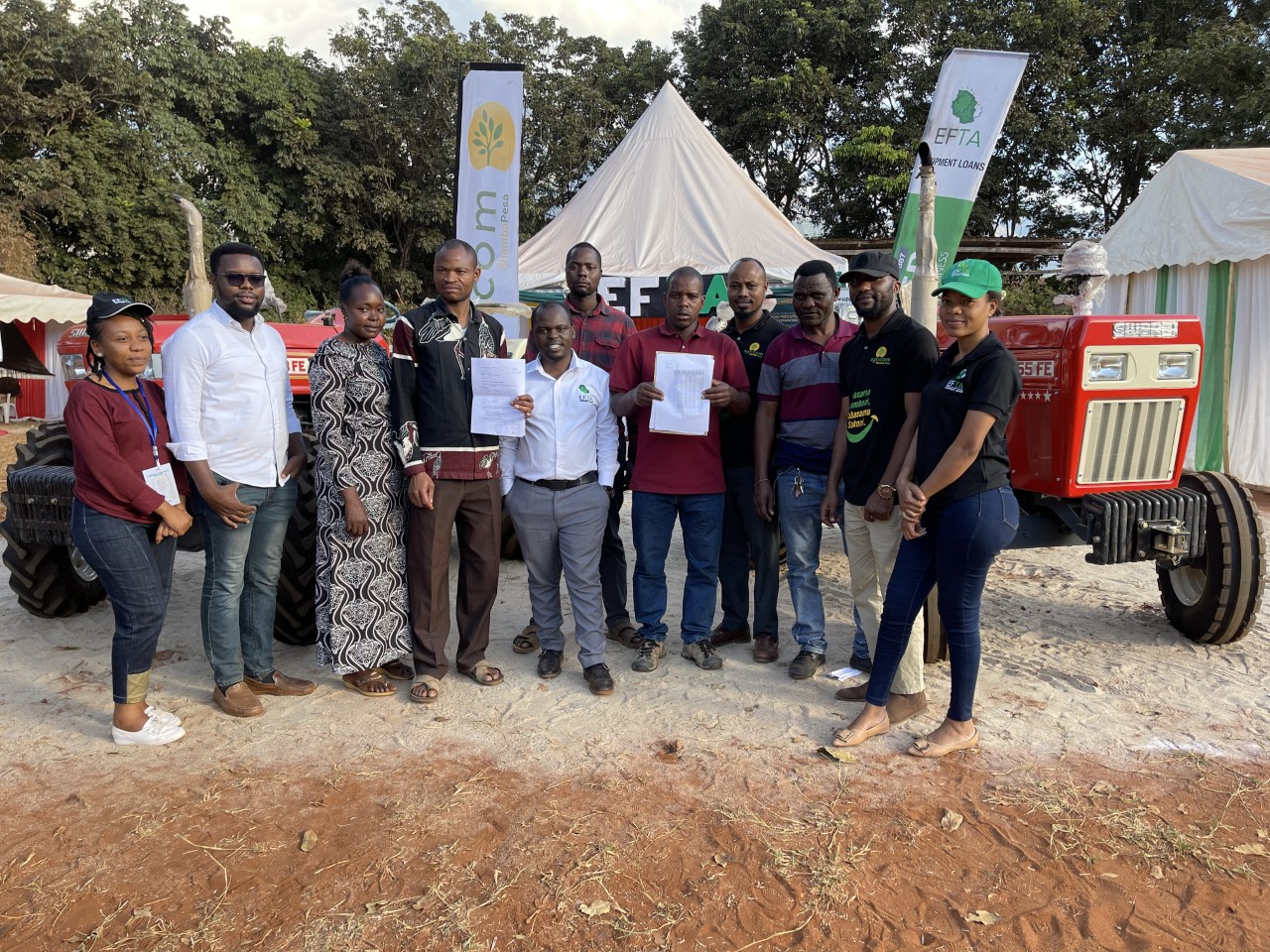 Farmers from Eastern zone regions including Dar es Salaam, Tanga, Coast region, and Morogoro have congratulated EFTA ltd, a Tanzanian Lease Financing company that specializes in serving small and medium enterprises that offer equipment loans of up to USD 600,000 with no collateral except for the equipment itself.Peter Bunga , one of the smallholder farmers in the Morogoro region made a call yesterday after EFTA’s regional branch manager Lazaro Shimwelah  handed over two tractors swaraj   to him and Frank Chidau  after fulfilling the agreement of paying  23mil/- Tanzanian shillings equal to 40 percent  of 53.3 million, Tanzanian shillings  total of amount of the whole price    ‘’ Thanks, EFTA today I received my tractor after the payment of 23mil/-  Tanzanian shillings of our agreement. From this, I can cultivate my hundred acres time before depending on one tractor in the village  Besides, I will be able to support my fellow farmers who spent over a month looking for one tractor in the village who time before taking the time to ask for one tractor in the village ‘’ he said.Sayi Kija peter’s wife said, promise to educate her six children in high institutions because from widen agriculture scale will have a surplus from harvesting then income from other farmers who will ask for cultivating their farms.For his part, Frank Chidau said EFTA has no restriction on the completion of the left amount, that situation forced him to loan a tractor because 60 percent of the payment remained is paid within two years, that’s is simple for me because I’ll be able to find that amount before died line ” he said. ‘’the government has to make sure financial institutions for farmers have to provide the services in rural areas. It has been said there are farmers’ banks but not available in rural areas, it’s only EFTA have reached us’’ she thanked.Shimwela, said EFTA as Tanzanian provides other equipment like industrial machines, tracks, and vehicles for a soft loan agreement.‘’ EFTA has scheduled strategies to implement the target of president Samia Suluhu Hasan whose desire is to empower smallholder farmers hence increased agricultural budget from over  254 million in  2021/2022 financial year to 954 bn/- Tanzanian shillings in the financial year 2022/23 ‘’ he explained.