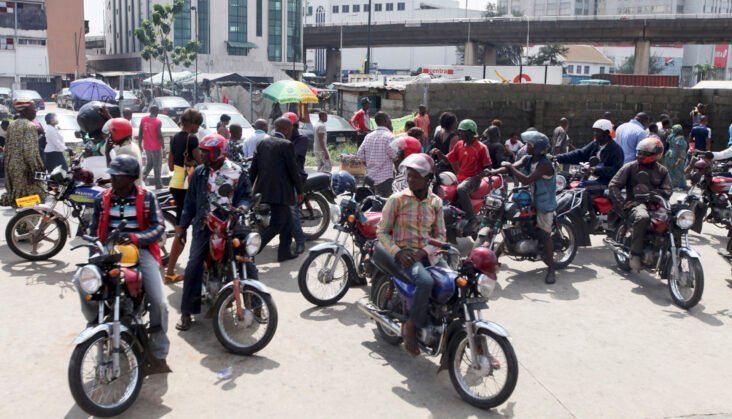 Motorcycles are widely popular in Nigeria. While taxis are the go-to form of transport in most countries, motorcycles are the equivalent of taxis in Nigeria. Unfortunately, there is a possibility that Nigerians will have to cope without their favourite form of transport for quite some time as the country’s National Security Council (NSC) is mulling banning motorcycles. The decision is motivated by the need to curtail the logistics and movements of terrorists in the country following the Kuje Prisons attack which saw terrorists kill several police officers and civilians and led to the displacement of hundreds of others.

The news about the possible ban on motorcycles in the country was relayed by the Attorney General of the Federation who acts also as the Minister of Justice, Abubakar Malami when he briefed State House correspondents at the Presidential Villa after a security briefing with President Muhammadu Buhari. Minister Malami was flanked by his Police Affairs counterparts Ogbeni Rauf Aregbesola and Mohammed Dingyadi. Minister Malami said the security briefing was focused on the logistics used by terrorists.

During the security briefing, the Minister of Justice said they noted that the preferred form of transport by terrorists are motorcycles. He also stated that terrorists had shifted from the conventional ways of funding their activities and were more pronounced in mining and ransom taking. As such, to curtail logistics surrounding these ‘economic’ activities, they saw it prudent to ban motorcycles even though the decision can inconvenience some sections of the population.

“The issues deliberated border on one, the logistics being used by the terrorists, Boko Haram and bandits among others in the act of executing their unfortunate act of terrorism and terrorising the country… It was extensively deliberated upon as to what needs to be done to ensure that their means of logistics are indeed adequately considered and necessary steps are taken in degrading their capacity to move around. So, discussions were carried out, deliberations made and sizeable resolutions in that direction were equally developed. The government would look into that possibility with particular regard to restriction on use and distribution of motorcycles, which is the most conventional logistical means being deployed by terrorists,” Minister Malami said.

The plan to ban motorcycles has however been faulted by Mike Ejiofor who is the former Director of State Security Services (SSS). Speaking in an interview with Channels Television, Mike Ejiofor said the decision will have huge ramifications for the ordinary people who have no link whatever to the terrorist groups. “So, if you ban the use of motorbikes in such areas (areas prone to terrorist attacks) one can understand it but if you put a blanket ban in the country, I think it’s going to cause a lot of socio-economic problems.” Ejiofor thus called for a zone-specific ban on motorbikes.

Mike Ejiofor also went on to blame the government said when it comes to mining operations, it already knew about the illegal operations but remained mum. Perhaps now that it has publicly come out to castigate the operations, maybe it will take a more robust and telling decision. “There’s no way the federal government, with its intelligence, will tell me that it is not aware of all those illegal mining sites. But the question is, what action is going to be taken by the government?”

Addressing the state house correspondents, the Minister of Interior Rauf Aregbesola spoke on the recent Kuje Prisons attack saying that intelligence had been gathered prior to the attack but the lack of will to act led to the tragedy. He however said investigations after the attack have started and the preliminary findings have already been sent to the president. “We are on to find all those whose action or inaction led to that unfortunate incident and by then, those who have shirked their responsibilities will have to face the consequences of their actions,” Minister Aregbesola said.

Minister Aregbesola was also frank in admitting the shortcomings of the forces and agents on the ground during the attack saying “I have to say that we noticed they were not fully conformed. So, incapacity in terms of will, that’s what we mean by whosoever was responsible for the failure of defence and security and the breach of that institution’s facility will face the consequence.”

Going forward, Minister Aregbesola assured Nigeria that the government will strengthen the country’s borders both land and water to prevent the smuggling of weapons and contraband that can be used to take and harm the life of ordinary Nigerians. “As of today, we are strengthening our borders to prevent any importation of arms and dangerous materials that can threaten the integrity of the nations and security of our people… This is not limited to Immigration alone; all security forces are at alert at various levels. Do not take your mind off the fact that we have a vast territory and that whatever is happening within Nigeria must be put in the context of what’s happening in the region. The federal government is not unaware of the need to strengthen the border forces,” he said.

Speaking on the Kuje Prisons attack which claimed the lives of several police officers, Gambo Isah who is the Katsina State Police Public Relations Officer said “the terrorists were over three hundred and they were fully armed. The five policemen are from Kano State and they were on special duty at Gatikawa. The terrorists attacked them at 6:45 pm. The terrorists also killed three civilians. An investigation is already in progress over the matter by the Katsina State Police Command to unravel the circumstances surrounding the incident.”

Following the Kuje Prisons attack, Nigeria’s House of Representatives mandated the Committees on National Security and Intelligence, Interior, Reformatory Services, Defence, Army, Airforce, Navy and Police to investigate the causes, dimensions and effects of the unfortunate Kuje prison attack. The report is expected to be presented to the House within four weeks for further legislative action.