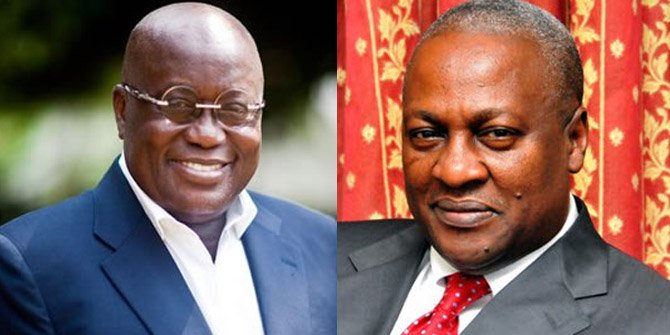 Former President John Mahama condemned what he describes as a “clueless” management of Ghana’s economy. He argues that the Akufo-Addo administration’s reaction to the growing economic challenge smacks of carelessness and shows a little appreciation of the situation. Mr. Mahama says despite the NPP administration’s incompetence, it is totally impervious to sound proposals to rescue the economy and mitigate the extreme economic hardships that Ghanaians are dealing with.

Speaking at a forum on the Economy in Accra, the former President noted “It is apparent that even as the ship of state is being buffeted by the choppy waters of economic disaster, President Akufo-Addo and his head of the economic management team and his Finance Minister have no clue as to what direction to lead this country.”

According to the NDC flagbearer hopeful, “the Akufo-Addo administration has refused to do what is necessary to arrest the economic decline. The suffering and pain experienced by Ghanaians do not seem to move the Akufo-Addo government to action. They have convinced themselves somehow that by refusing to do the heavy lifting required, they can wait out the economic storm and that stability and normalcy will return as a matter of due course.”

Mr Mahama wants President Nana Addo Dankwa Akufo-Addo to reshuffle his ministers to maximise their output. He maintains, some ministries have become dormant and unproductive, making it necessary for the president to effect the necessary changes. He also called for the removal of the Finance Minister, Ken Ofori-Atta, from office. Lamenting the current economic conditions of the country, John Mahama charged Nana Akufo-Addo to take practical steps to alleviate the plight of Ghanaians.

“It will serve the President well to use some instruments from the Presidential tool kit in times of crisis such as this. Fire your Finance Minister, conduct a major shake-up of government to remove the many dead woods that have turned ministries into their fiefdoms, and finally huddle with the best brains this country has to formulate a comprehensive recovery plan for our economy.”

The former President on the commemoration of Ghana’s Republic Day asked the governing NPP to set its priorities right in the wake of the current economic challenges. Mr Mahama expressed worry over what he called the “excruciating suffering and commodity price hikes due to the massive economic downturn.”