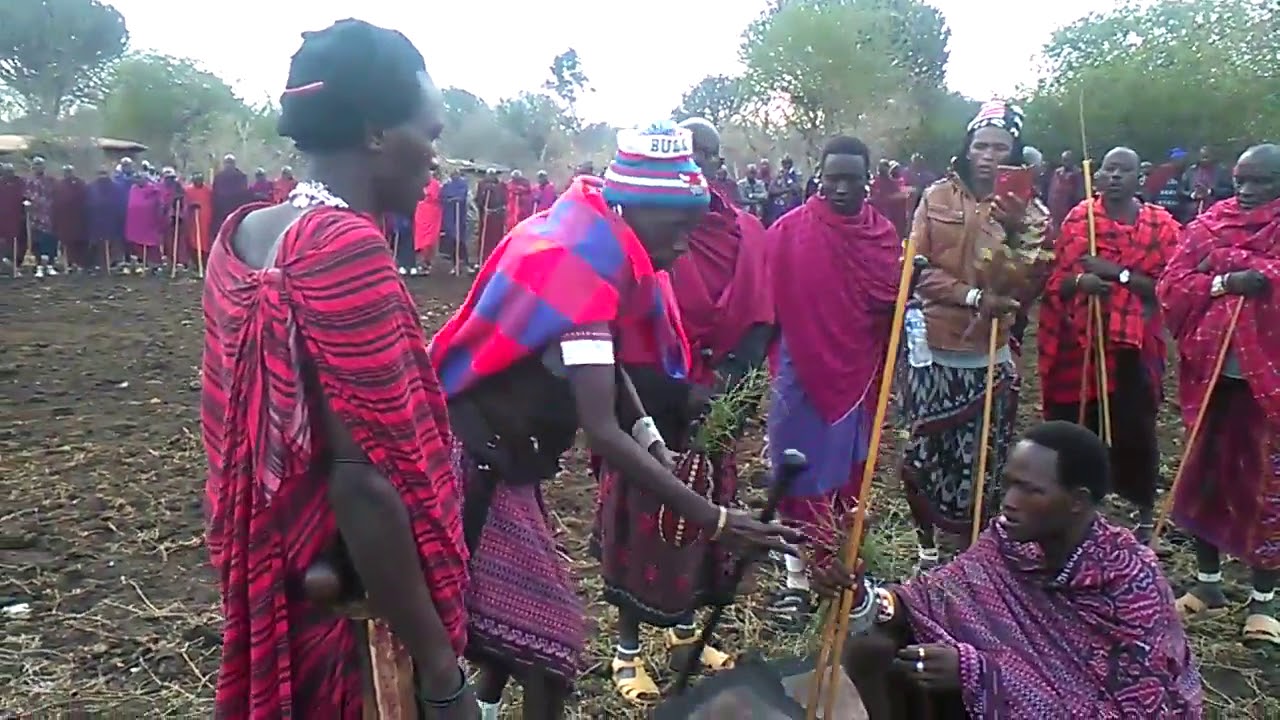 How could it be that we possessed and protected this land for millennia and this sacred link is in danger of disappearing from Tanzania’s history in merely 60 years?

“We, the Maasai community have been the ascendant peoples of the Serengeti and its adjacent frontiers, and we have possessed it under our own laws and customs. This our ancestors did, according to the reckoning of our culture, from the Creation, according to the common law from time immemorial. In the 1950s, when our land in the Serengeti was turned into a national park by the colonial government, we were consulted. Today, our land in Loliondo is being taken from us without consultation and consent,” the statement from the community presented at the United Nations CBD Negotiations reads.

We Demand to be heard.

The statement further said: “Our homeland has been turned into a hunting park, with wealthy coming people coming in to hunt the wildlife. We have witnessed this killing of wildlife for fun since 1992, when the royal family from Dubai was given an open-ended license to our village lands. The guns are now turned to us – the very people who have taken care of the environment and shared harmony, food, and peace with wildlife for time immemorial. Hunting and conservation do not go together, but with the power of money, anything is seemingly possible.”

They also said: “We have resisted this plan of a hunting park for the best interest of our land security and the interests of the environment since it was proposed. Some of our community members have given their lives, many have been tortured and jailed, and suffered considerable economic loss. Our resistance has always been based on the fact that we are more capable of taking care of our lands than any other person.”

Noted, “We are not against conservation, but we see and conceptualize it from a different perspective! We have never been given a space to share our perspective, instead, we have been categorized as enemies – people who should not be consulted.

On 10 June 2022, our villages in Loliondo were invaded and occupied by military; we were not notified despite the fact that we have a court case coming to its judgment at the end of June 2022.”

We have been shot, harassed, injured, and displaced – especially women. Thousands have been displaced including 1,576 children, who are now homeless and seeking refuge in Kenya. Most of them are lacking basic needs, including food supplies, medical care and accommodation.

We are being accused by our government as being destroyers of our environment, and denied citizenship of Tanzania – those who crossed to Kenya in fear are now said to be Kenyans.

This is the fourth forceful eviction from our land. And our leaders languish in detention in big numbers – 20 of them are being charged with murder.

We cannot tell the world of the happenings because media is banned from covering our story.

All the supporting-NGO staff are threatened, and most of them fled the country in fear. The army is erecting beacons to bisect our only common homeland. The worst anybody could expect in a democratic state like Tanzania.

Our narratives and traditional land management have been systematically erased at unprecedented rate by the western influence. This cannot be because we do not write, but is intentionally done to dispossess us off our land.

If we lose this land, then it will mark the end of us; we won’t be able to practice our ways of life, which will affect our spiritual and sacred connections, and therefore lead to our extinction.

These dimensions of our crisis tell plainly the structural nature of our problem. We seek support from the global community through standing with us to push our government to stop the violence, withdraw the army from our land, and instead initiate an equal-floor dialogue as a peaceful way of addressing diverse interests while protecting our human and land rights.

With substantive and legal recognition of our traditional way of life, and its contribution in the sustainability of the Serengeti ecosystem, we believe this ancient autonomy can shine through as a fuller expression of Tanzania’s nationhood.

“The statement concludes: “We seek to be recognized so that we take a rightful place in our own country – a place  where we have power over our destiny, and our children, environment, and our future will flourish.”

HIV flushed out by cancer drug