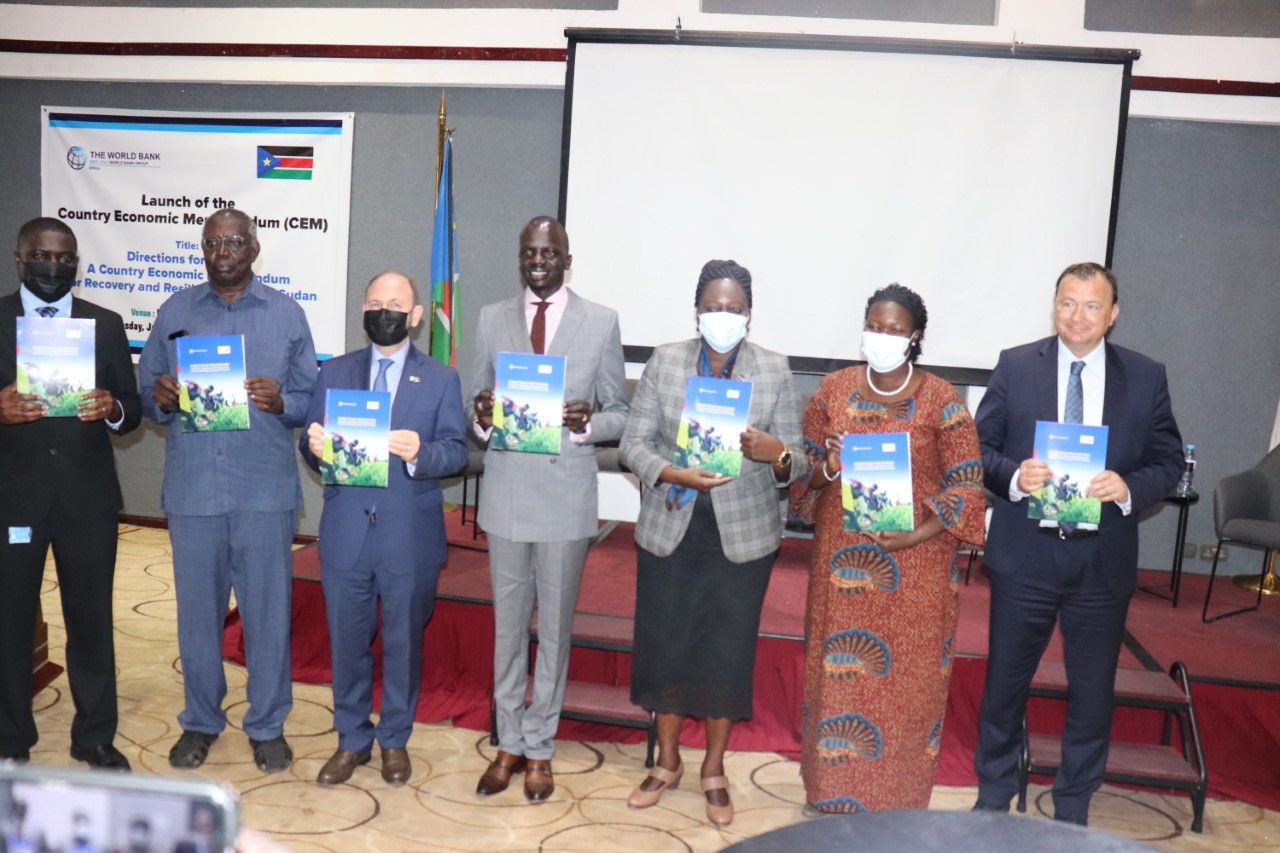 Juba, South Sudan – The World Bank warned that South Sudan’s economy could weaken further following the recent drop in oil production and the adverse effect of the broad-based rise in commodity prices brought on by the war in Ukraine.

According to the world bank, the economic recovery has stalled in South Sudan amid a multitude of crises, including the COVID-19 pandemic and climate shocks.

The World Bank made this statement during the launch of the report titled; Directions for Reform: A Country Economic Memorandum (CEM) for Recovery and Resilience, which highlights the need for the country to leverage its natural capital in the agriculture and oil sectors to support recovery and resilience

Oil and agriculture are the most important sectors of South Sudan’s economy, with oil contributing to 90 percent of revenue and almost all exports, while agriculture remains the primary source of livelihood for more than four in five households. Thus, the report suggests a focus on the country’s use of its main endowments of natural capital—oil and arable land—is warranted in the early stages of recovery.

Meanwhile, the Minister of Petroleum Puot Kang blames the economic meltdown on the absence of refineries in the Country.

He says if the country had refineries, there would be enough hard currency supply in markets to stabilize the country’s economy.

“If we have refineries at the border, then we will have hard currency for sure,” said Kang. Meaning the only alternative to them is us. If our refinery works and we have rules, we will have a market.” 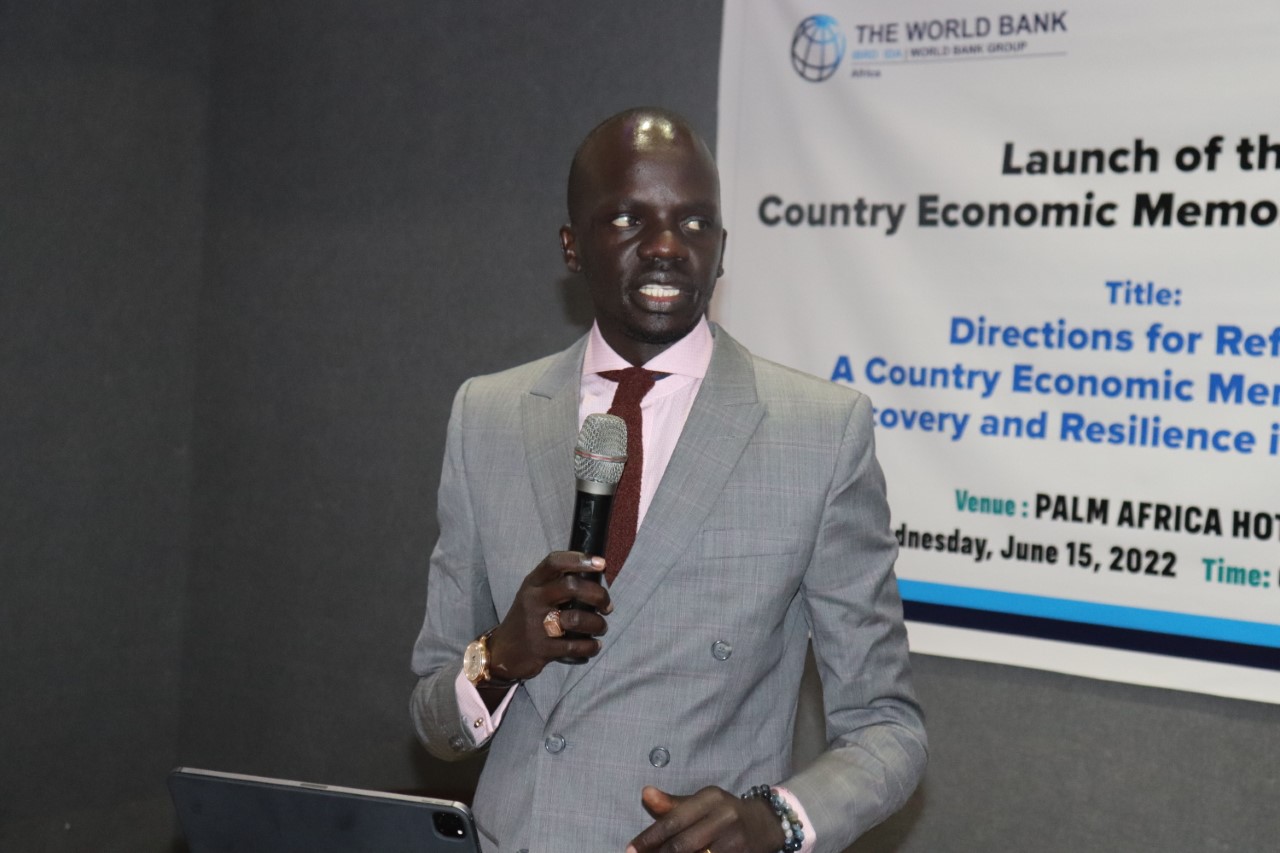 But Raad says peace and stability are the only major drivers of viable economic dividends in the country.

However, the World Bank’s Economist for South Sudan Joseph Mawejje said the country would have had an improved economy if it wasn’t for the conflicts.

According to him, South Sudan’s real GDP per capita in 2018 was estimated at one-third of the counterfactual estimated for a non-conflict scenario.

“Thus, maintaining peace can by itself be a strong driver of growth,” said Mawejje, adding that with better governance and accountability and governance, South Sudan’s oil resources can do more and can drive transformation.

Mawejje said that the economy contracted by 5.1 percent last year, but this year it could contract between 0.8 and 2.8 percent.

“We see that the (economic) recovery is going to be much weaker than initially anticipated, in the last fiscal year there was actually a contraction of about 5.1 percent and now with oil production falling, our projection is that the economy could shrink further between 0.8 to 2.8 percent,” Mawejje said.

According to a report released by the global financial body, South Sudan remains severely fragile, with economic stagnation and instability a decade after independence.

April’s report indicated that poverty is present all over the country and is being reinforced by ongoing inter-communal conflict, displacement, and external shocks.

With weak institutions and recurring cycles of violence, South Sudan remains caught in a web of fragility and economic stagnation a decade after independence, said Raad.

A dearth of economic opportunities and food insecurity are major concerns and are reinforced by inadequate provision of services, infrastructure deficits, displacement, and recurring climatic shocks

The cost of the conflict has been immense, with South Sudan’s real gross domestic product (GDP) per capita in 2018 estimated at being one-third of the counterfactual estimated for a non-conflict scenario.

However, authorities 2020 initiated an ambitious reform program aimed at macroeconomic stabilization and modernization of the country’s public financial management architecture. With this reform effort, the gap between the official and parallel exchange rates was eliminated, and inflation declined. To consolidate and broaden these gains, more will have to be done to strengthen governance systems and improve transparency in economic management.

The World Bank’s report aims to address the drivers of fragility, ending all forms of conflict, and ensuring peace and stability in all parts of the country are prerequisites for an inclusive economic recovery.

The report includes macroeconomic reforms and continues on a stabilization path, building on key milestones already achieved in unifying the exchange rate and taming inflation.

It will improve oil sector governance by ensuring that all oil revenues and expenditures are on a budget and used effectively to achieve national development goals.

A Country Economic Memorandum (CEM) is due to support the resilience of the agricultural sector to reverse the food crisis and achieve food security for all households. 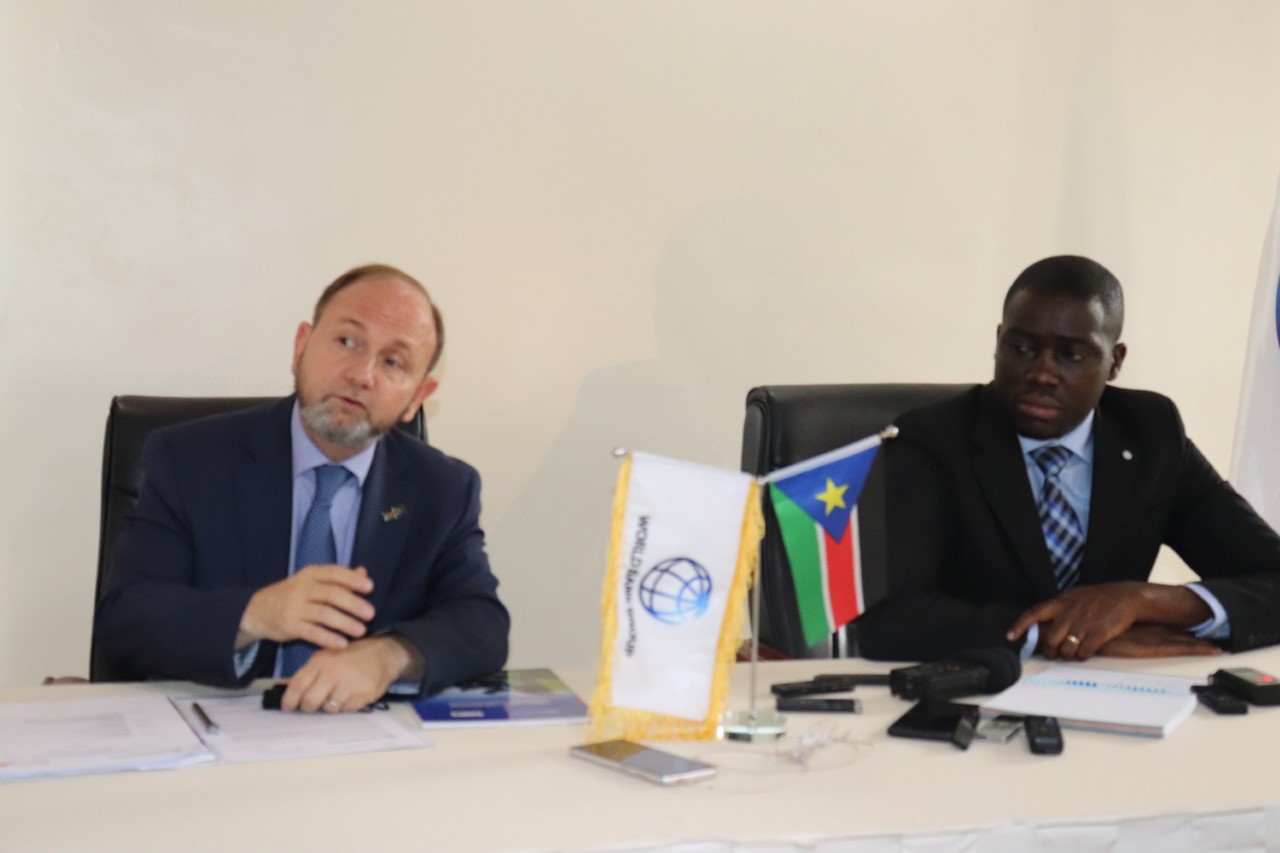 Lily Albino Akol, the Deputy Minister for Agriculture and Food Security, said that achieving peace and stability will definitely aid economic recovery after disruption by years of political conflict.

“Agriculture transformation is not only in productivity,” said Akol, we talked about human and social capital which are very important, and we cannot talk about value addition if we do not have adequate infrastructure.”

This report highlights what South Sudan can do to sustain future growth, but it also shows why the country has not yet managed to achieve high levels of diversified growth alongside peace, stability, and a better standard of living for its people. The report also suggests strategic pathways by which South Sudan can break free from its legacy of persistent food insecurity, in a country with enormous agricultural potential.

The Economic Memorandum is seen as a road map to guide the country’s economy towards prosperity.

Lual Deng, the Executive Director for the Juba-based think tank Ebony Center, said that agriculture remains the primary source of livelihood in both urban and rural households, and the government should properly exploit and utilize it to facilitate its economic recovery.

“We thought we are going to copy the Norwegian model of development but we deviated from it, one of the liberation objectives was to make agriculture the engine of economic growth and use oil revenue to fuel this engine of growth,” said Deng.

Since its independence in 2011, the country has suffered severe conflict, droughts, and floods, severely impacting the country’s development efforts.

The humanitarian remains are seriously critical. Some two-thirds of South Sudan’s population, 8.9 million people, are estimated to be in need of humanitarian assistance in 2022, an increase of 600,000 since 2021.

The 2018 revitalized peace deal and subsequent formation of Government in February 2020 is yet to contribute to peace-building and economic recovery in the country.