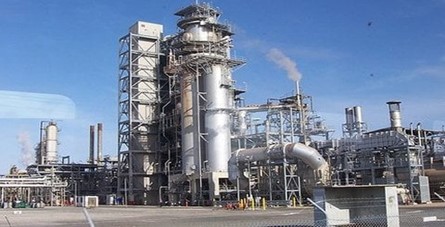 The Tema Oil Refinery (TOR) has been given the go-ahead by the government through the Minister of Energy to refine crude oil with a private investor, Decimal Capital Limited.

Announcing this in a statement copied to the Ghana News Agency in Tema, the management of TOR said Decimal’s proposal emerged as the most appropriate to meet the needs of the refinery among the host of proposals presented.

It indicated that it formed part of the concrete steps taken by the refinery to restore the country’s premier refinery back to business within the next few months.

Management added that the investment partner was expected to provide funding for a first phase, which would bring the Crude Distillation Unit of TOR back on stream to refine about 45,000 barrels per day in the next few months.

According to the management, this is expected to boost the local supply of refined oil products and help stabilize the Ghana cedi in the face of the ongoing international oil market crisis.

According to management, TOR production could contribute roughly one-third of the country’s current monthly diesel consumption as well as the full requirement of aviation turbine kerosene and fuel oil. This is expected to make a significant difference in fuel security.

According to the statement, the output from phase one of the partnership project will be used to revamp the company’s Residual Fluid Catalytic Cracker and other associated units in order to maximize refinery output.

It added that a local transactional advisor had been contracted by TOR to lead the negotiations in formulating the lease agreement, which it said was expected to be completed over the next three to four weeks.