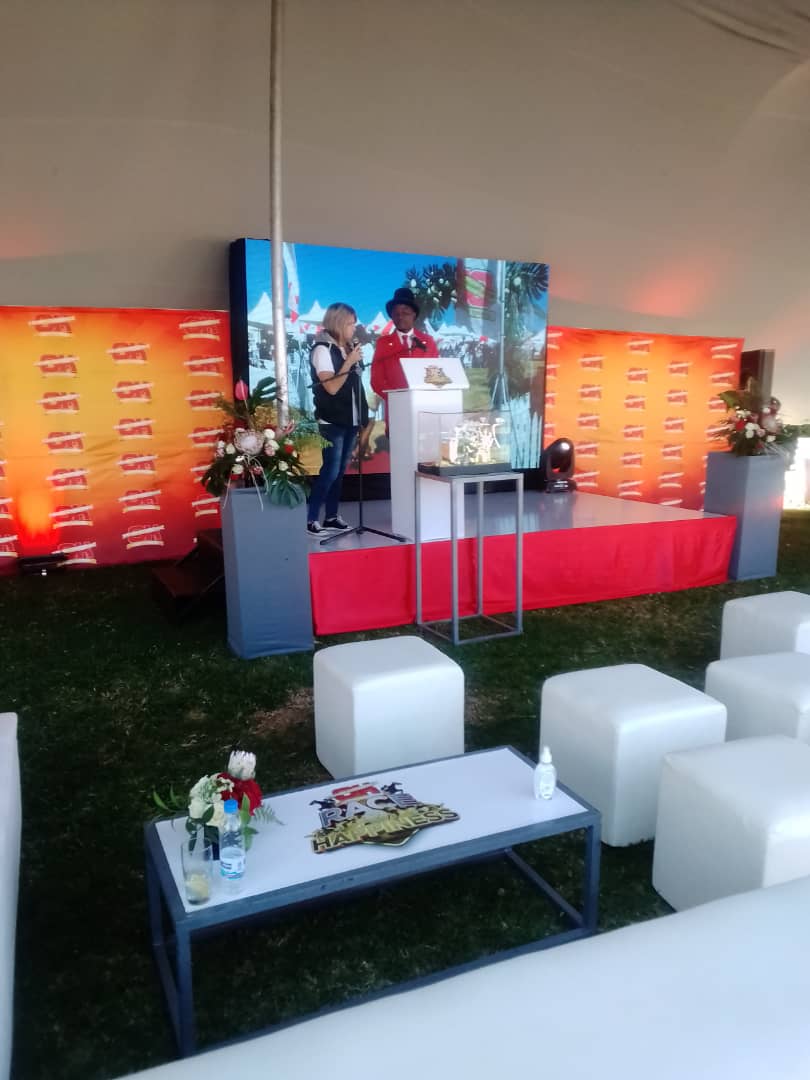 The OK Grand challenge has been elevated to a grade one horse racing listed event  within the rules of the Asian Pattern Committee (APC) (the Committee) and Southern African horse racing, according to Scott Buchan,Vice Chairperson of the Mashonaland Turf Club (MTC) in his final acceptances remarks for the 33rd running of the Ok Grand Challenge at Borrowdale Racecourse on Tuesday 24 may,2022.

The committee ensures quality control measures are put in place for its group and listed races, oth domestic and international within the Asian pattern.It comprises six ARF member countries,Australia,Hong Kong,Japan,New Zealand,South Africa and the United Arab Emirates which each have Group 1 races in Part 1 of the International Catalouging Standards and International Statistics Book.

Buchan said that te Grade one listing is the most prestigious ranked horse racing event in the world and there is no higher stake than the Grade one.He said that it is like the world cup in football, which is the highest football ranking as compared to others like the premier league.

He added that the ranking is determined by three factors such as the most extensive stake money that has been paid,biggest fields and some of the furthest fields.

He said the OK Grand Challenge has been rated under the APC rules and regulations governed by the National Horse Racing Authority (NHRA) with head office in South Africa.The NHRA governs horse racing throughout Southern Africa.They assess how much money has beenpaid as winners stakes,the size of the fields and the types of horses running the races.

Buchan said that after application OK Grand Challenge was deemed fit to qualify in the Grade one ranking due to its increase in stakes.

According to Buchan, over the years the OK Grand challenge has not only become a much-loved permanent fixture of theZimbabwean racing calendar, a permanent fixture in the national sporting and fashion calendar, but has now become  a major race within the international racing fraternity.

‘This international focus not only presents Borrowdale park as a world class racing centre but it also adds to the attractiveness of Harare as an international destination and city, and of course gives fantastic exposure to the OK group as a leading international brand and company’ Buchan said.

He also added that this will be the second  time that the OK Grand challenge has been run with a virtual and online offering.

Also according to Buchan, this has resulted in a  large and encouraging uptake from many sectors of the society that has allowed  both  a VIP, a fashion and a marketing experience from the comfort of one’s home.

‘We have for the first  time ever a four host broadcasting audience this year, carried by our national flagship ZBC, DSTV throughout Zimbabwe and South Africa and now recently Gold Circle Television out of KZN in Durban, who host the Durban July and OK’s very own live stream alongside Clocking the gallop,’ Buchan said.

He added that the partnership that has developed over the years between horse racing and OK Group has transcended into more than just a horse race.

‘It is more than just a national sporting event and If I may acknowledge Ok’s obvious transformation over the last 2 years, their investment into our sport, that this year is the largest yet – with $70 000 into the main race and $90 000 into the races held on the day,’ Buchan said. 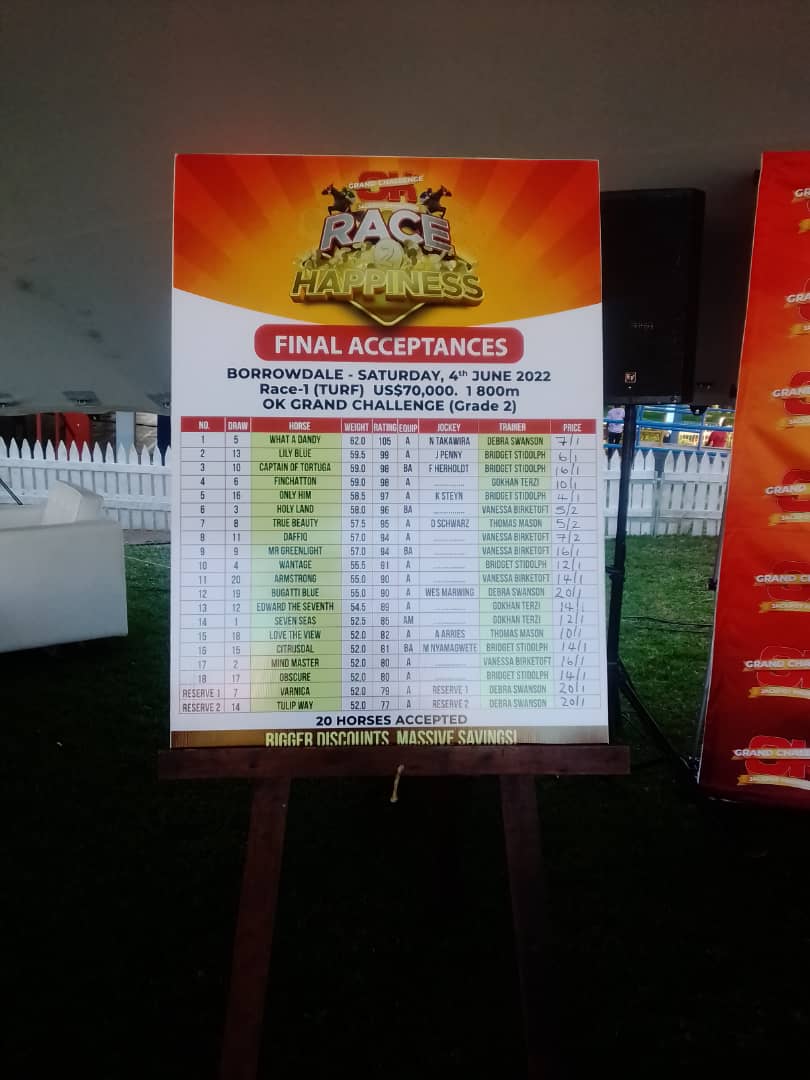 He said that the investment  as well as the brand expansion internally and the vision of the OK Group team which has  energetically started 12 months ago has culminated in a business that is vibrant, exciting and committed to improving the lives of all Zimbabweans.

‘The MTC  and the grand challenge  event, have become a part of that, a platform for everyone out there, both you and I,where two years of lockdowns hardships and an undeniable rising cost of living, the OK grand challenge promotion that has run over the last four  months, brings fun, laughter happiness and savings  that leaves noone behind,’ Buchan said.

He thanked the  OK Group on behalf of the MTC for  their continued investment in the sport .

Ziswa said that the promotion started as a three year horse race day event for punters before it was subsequently tied to the OK retail business.

The first promotion is reported to have ran across six weeks leading to the race day.For a purchace of five Zimbabwean dollars, a customer would receive one of five coupons randomly at each till point.

She said that after 34 years the OK Grand Challenge has grown to be the biggest promotional brand in Zimbabwe and in Southern Africa.

‘It has created the largest horse race attendance numbers on the continent and still lives on today as the most anticipated horse race on the African continent,’Ziswa said.

In 2020,according to Ziswa, the promotion faced its first major hurdle with the unforeseen gobal Covid-19 pandemic affecting many nations.She said that the year 2020 became the first year in the 34 year history that the promotion had to be put on hold.

Ziswa said that in 2021, the Ok Grand Challenge morphed into its first digital identity. She said that the role of the physical coupon had to be abandoned and was assumed by the point system.

The customers would need to register into the OK Grand Challenge,earn points and then stand a chance to win any of the ahs prizes or the bg prize which was a Toyota Ford Ranger vehicle.