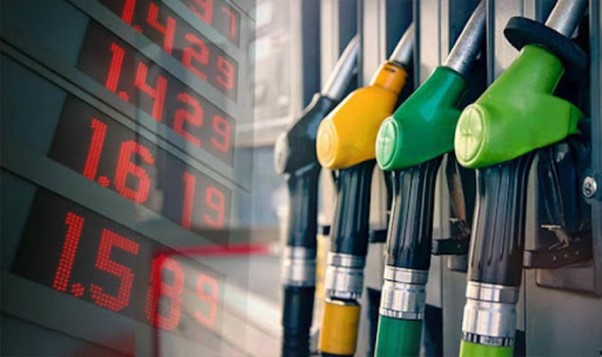 The Institute for Energy Security (IES) is predicting significant increase in price of fuel from rising international prices and domestic shortages.

Explain the rationale behind its prediction, the IES said on the local fuel market performance, in the first pricing-window of May 2022, the price of fuels saw increases on the local market, in response to the rise in prices on the international market.

Most Oil Marketing Companies (OMCs) increased the price of Gasoil by at least 5% to reach Gh¢11 plus per litre at their pumps. The current national average price for Gasoline remains at Gh¢9.41 per litre, while Gasoil is pegged at Gh¢11.12 per litre. This is an increase of 7.34% increase from the previous Gasoil average price of Gh¢10.36 per litre.

Within the window under assessment, the IES Marketscan found pockets of fuel shortages at numerous OMCs retail outlets across the country, with Goil leading the pack. This according to the IES is the first time Ghanaians may have to hop from one fuel outlet to another looking for Gasoline/Gasoil to buy since June 2015, after the government passed the petroleum price deregulation policy that ensures full cost recovery and efficiency in the downstream petroleum sector.

Touching on the world market, the IES noted that International Benchmark Brent price stayed beyond the $100 per barrel mark in this window. The lowest prices were recorded on May 10 at $102.46 per barrel. The price averaged $107.63 per barrel, representing a 0.77% increase over the previous window’s average price of $106.81 per barrel.

Over the past two weeks, oil stocks were reported by the Energy Information Administration (EIA) as falling, as Wall Street reacted to persistently high inflation, which is expected to result in additional Federal Reserve policy tightening due in part to a larger market selloff.

Oil prices fell on Monday, May 9 due to a strong currency and renewed fears that China’s ongoing lockdowns would further depress demand. The market is reported as divided on whether the threat posed by China’s lockdowns outweighs the European Union’s efforts to embargo Russian oil.

Following its announcement that stocks increased by 8.5 million barrels in the week leading up to May 6, crude oil prices fell slightly in the final trading days. This is in contrast to the previous week’s anticipated inventory gain of 1.3 million barrels, which provided a brief reprieve for prices.

Also touching on the world fuel market, the IES noted that  the various finished petroleum products as monitored on Standard & Poor’s (S&P’s) Platts platform within the past window experienced increments.

Also, the IES Economic Desk’s analysis of the Forex market revealed that the Cedi made some marginal gains in the period under review, appreciating by 0.28% from the previous rate of Gh¢7.8165 to the Dollar to the current rate of Gh¢7.7948 against the Dollar.

For the above reasons, the IES projections for May 2022 second pricing window is that the 7.64% rise in Gasoline price, 1.90% rise in Gasoil price, and the 6.05% rise in the price of LPG on the international market will push local market prices higher. Although the Cedi appreciated by 0.28% against the dollar, prices of Gasoline, Gasoil and LPG may still see an upward adjustment, barring any intervention from the government.

In IES’ estimation, the upward revision of Gasoline, Gasoil, and LPG prices may be significant, on the back of rising international fuel prices, and the growing pockets of fuel shortages across the country. dotAfrica (.africa) the best option for Africa in cyberspace

Telephonic Press Briefing on U.S. humanitarian assistance and policy for the people of the Democratic Republic of the Congo