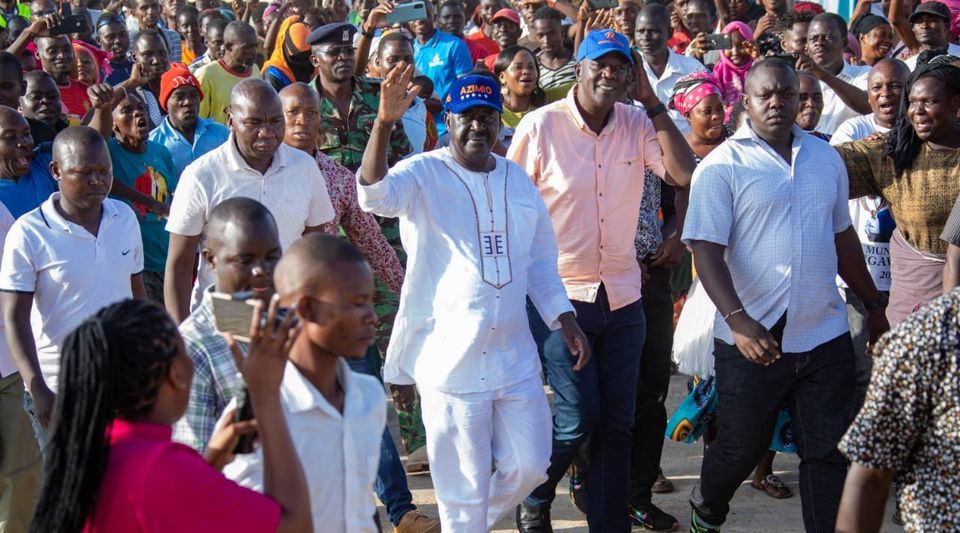 Azimio La Umoja-One Kenya alliance presidential flagbearer Raila Odinga will announce the person who will deputize him during the August 9 polls.

A close ally of Odinga intimated to the Pan African Visions that the former Prime Minister is expected to reveal his running mate either on Saturday or Sunday ahead of May 16, 2022, deadline set by the Independent Electoral and Boundaries Commission (IEBC).

The source, which requested anonymity, said that the coalition is ready to disclose its entire team after the eleven-member Selection Panel of eminent persons tasked to find a suitable running mate presented three names to the ODM party leader for consideration.

“Kenyans will know Raila Odinga’s running mate by the end of the weekend. Our responsibility as his followers now is to mobilize voters for him across the country, ” said the source.

The panel announced that the three names were submitted according to the marks they scored during the interview. Noah Wekesa’s led team did not reveal the names of the three but stated that Odinga will release the names before picking his running mate.

According to Wekesa, the panel considered several factors before coming up with the three names. The factors are political compatibility, personality, loyalty, understanding of government, challenges facing Kenya, and proposals on what should be done.

“The panel has recommended three names submitted in order of priority,” said Wekesa.