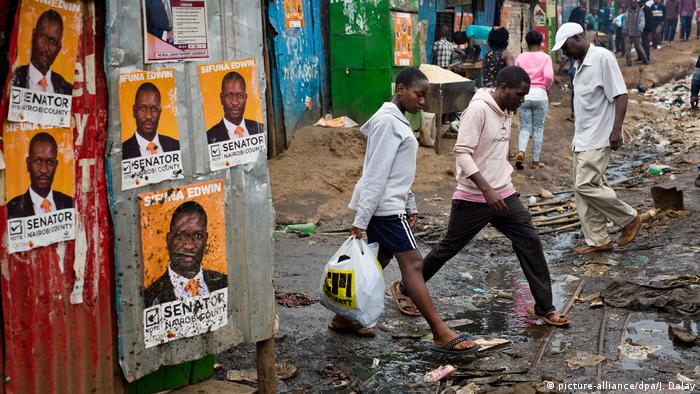 Kenyan politics is taking a new dimension following the latest declaration by a section of voters that they will vote for individuals not political parties during the August 9 polls.

Some of the voters who spoke to Pan African Visions stated that party politics have left several areas across the country lagging behind in terms of development since wrong individuals have been trusted with power.

They bemoaned the poor leadership that have subjected Kenyans to poverty since independence. The voters further held leaders responsible for rampant corruption, poor infrastructures in some areas and high rate of unemployment among youths.

“As you travel across this country, you will notice that many hospitals lack medicines, that hunger reigns supreme, and that some areas have impassable roads. Kenyans are suffering as a result of poor election choices. The time has come to vote out failed leaders and replace them with those who, regardless of political affiliation, have the best interests of the people at heart,” Julius Mwangi said.

Over the course of decades, Kenyans have tended to vote for candidates associated with the most well-known political parties in their regions while ignoring those from lesser-known parties who could have a significant impact on the economy.

Following recent trends, voters in the central and Rift Valley regions of Kenya overwhelmingly chose Jubilee party candidates in the 2017 general elections, while those in Nyanza and parts of western and coastal Kenya opted for the Orange Democratic Movement’s aspirants.

One of the Kilome constituency’s voters, Benedict Ngei, pleaded with Kenyans to abandon the outdated practice of voting along party lines in favor of selecting candidates with a proven record of development work.

Politicians have been taking Kenyans for a ride for a long time, but things are changing.The results of the elections on August 9 will come as a shock to many people,” predicted Ngei.

Some also laughed off at party bosses who have imposing leaders on electorates, stating that their time is up.

“We will reject candidates with no development records on the ballot,” said Stella Cherotich.

During the highly anticipated August elections, the voters stated that it is the individual’s record that would secure them seats.

The latest move is a big blow to the former Prime Minister Raila Odinga Raila who wants six counties in the Nyanza region to vote ODM candidates from MCA to the presidential seat to strengthen the party in their Azimio La Umoja One Kenya Alliance Coalition.

“I want people in this region to only vote six-piece for the party to remain strong. Let MCA, MP, Woman Rep, Senator, Governor and President come from ODM,” said Odinga.

The utterance was not taken lightly with Homa Bay voters threatening to vote for Evans Kidero, an independent candidate, instead of ODM’ s candidate Gladys Wanga.