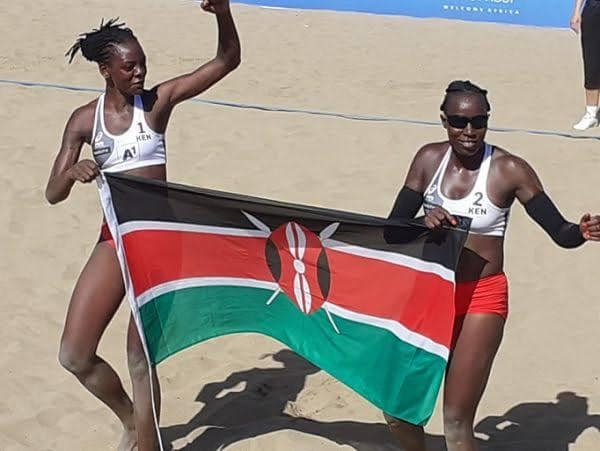 Kenya’s women beach volleyball team has secured a slot to participate in the 2022 Commonwealth Games.

In a letter to Kenya’s National Olympic Committee, the International Volleyball Federation and Commonwealth Sport confirmed the country’s qualification via the Athlete Allocation System and team ranking.

“In accordance with the published Beach Volleyball Athlete Allocation System (Version 4) for the Birmingham 2022 Commonwealth Games, the CGF and Federation Internationale de Volleyball (FIVB) are pleased to officially confirm your qualification,” reads a portion of the letter.

Kenya missed out on a place at the Olympics after finishing third in the African qualifying tournament held in Ghana last month, but the International Volleyball Federation (FIVB) released the qualifying criteria for the Games last month.

Deputy President of the Kenya Volleyball Federation Charles Nyaberi welcomed the news, saying they had not lost hope after the international volleyball body announced another route to the Games despite failing to qualify directly.

Kenya’s team is ranked third in Africa and 110th overall. Morocco, which leads the continent in rankings, will not compete in the Games because they are not members of the Commonwealth.

The showpiece will take place in Birmingham, United Kingdom, from July 28th to August 8th. AfricaBuild Lagos 2018: fairtrade announce the 3rd edition for 6 to 8 March at the Landmark Centre in Lagos