The chief negotiator in 1990 for the former South African government to bring an end to the apartheid system in the country opened up to some of the worsening situations being felt in Cameroon’s North West and South West Regions as he concluded day two of an intellectual discussion with students of various educational institutions in the country.

Roelf Meyer who played a key role in the signing of the National Peace Accord was speaking this Wednesday, April 20 to students and officials of the Heritage Higher Institute of Peace and Development Studies, HEHIPEDS, Yaoundé.

“People in Cameroon are suffering and paying a price when there is a solution,” the Former National Party cabinet minister said.

Day two of his public discourse was on the theme: “Sharing experience in Negotiation, Mediation and Peaceful Resolution of Conflicts.” Meyer also highlighted the importance of the youths and women in the peace process at a time when these groups of people are said to have been at the back in the peace process that was organized in the country.

Roelf Meyer is currently meeting various stakeholders in the country to ascertain from them what it will take for Cameroon or come out of this bloody war that is presently being felt in the two English-speaking Regions of the country.

“We haven’t been to some of the regions where the conflict is playing out but what we have learned is that the ongoing conflict and killing of people happens weekly. It is not stopping and escalating” Roelf Meyer said when asked about the conflict that is ongoing in the country.

“That is a big concern not only for us but also a big concern for the people of Cameroon. The sooner it can be brought to an end the better. Everybody should focus on what can be done to make that happen.” 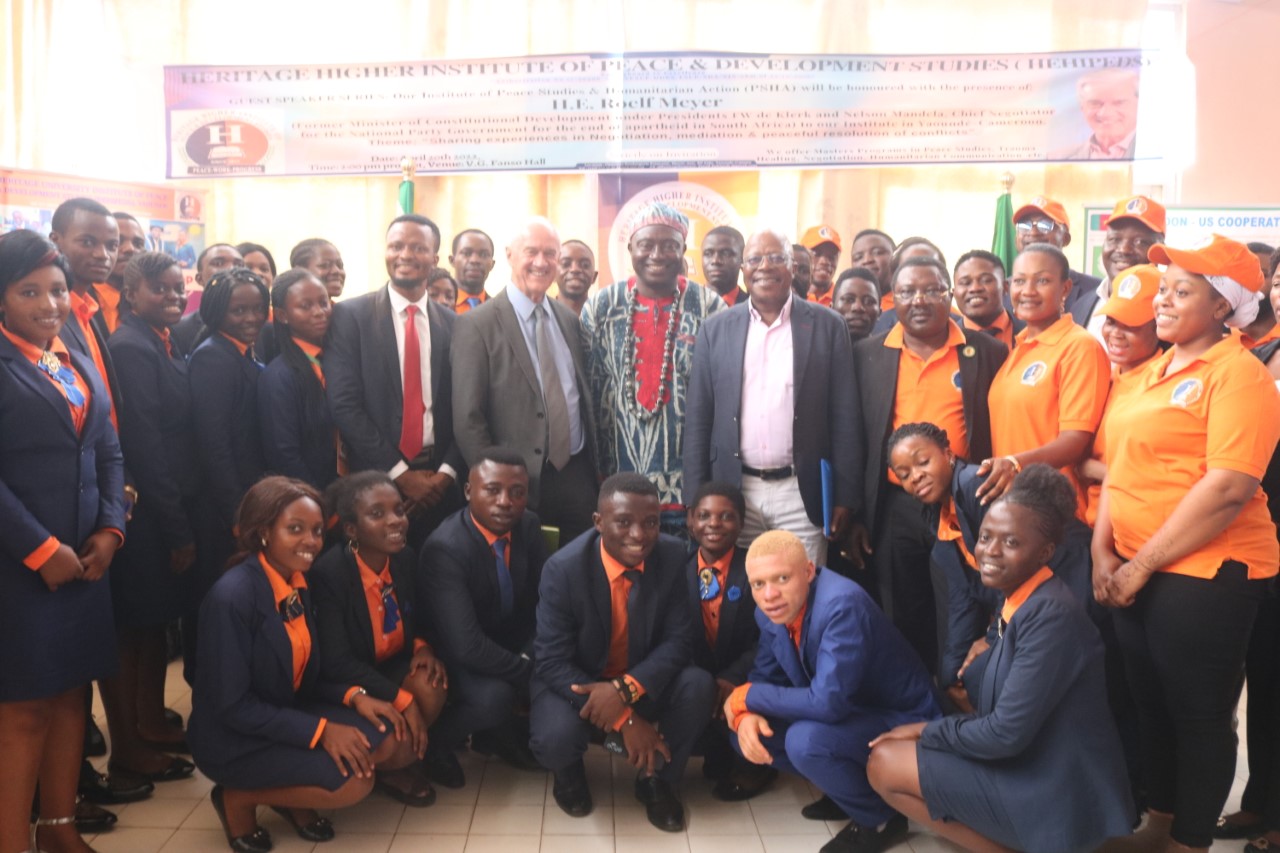 “The success in South Africa relied on its being inclusive, succeeded in building trust across the divides and we took ownership and responsibilities ourselves. I think if those basic principles are in place, the conflict in Cameroon can also be brought to an end successfully. We must inspire the people of Cameroon to find their solutions,” Roelf Meyer added.

“If we could resolve our problems in South Africa that lasted for centuries, if we succeeded in bringing that to an end, there is no reason why the same can’t happen in Cameroon. But, you have to change your mind and take the responsibility to solve the crisis.”

“The normal thing unfortunately for leaders is to blame the other side. We have to make it, we approach and not us and them. Let us all work together in finding the answers,” He said.

Change of Her Majesty’s Ambassador to Sudan in April 2018