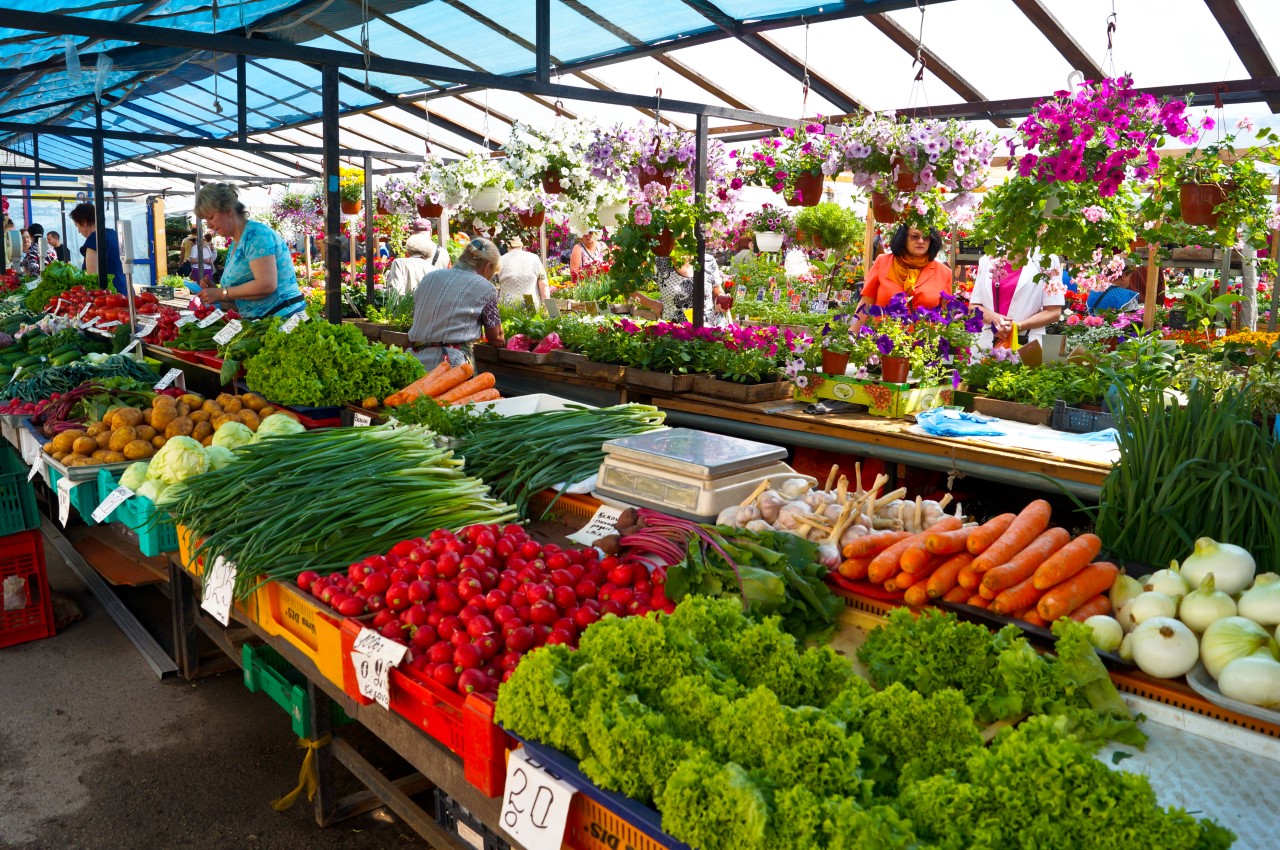 As United States and European sanctions broaden due to special military operation, demilitarization and denazification in Ukraine, Russians are now looking to diversify both exports and imports in Africa’s direction. After the first summit held 2019 in Sochi where so many pledges incorporated in a joint declaration, but have not been given serious attention as expected.

Russia and Ukraine share common border, both are former Soviet republics struggling to move unto the global stage. Russia was angered because Ukraine’s ambition to join the North Atlantic Treaty Organization and the European Union. With the conflict that began February 24, and amid Western and European sanctions, Russia plans to expand its network of trade missions in Africa, according to Vladimir Padalko, Vice President of the Russian Chamber of Commerce and Industry.

State support and business facilitation have been on the agenda these several years, and was exhaustively discussed during the panel session in Sochi. That however, early March, a special meeting held to discuss and re-examine possible support for Russian enterprises and organizations in entering the African market.

“During the meeting, the participants voiced a proposal to expand the network of trade missions in Africa in the countries, which are priority for trade. It was agreed that the Industry and Trade Ministry would work on this issue together with the Foreign Ministry and the Economic Development Ministry,” Padalko said.

According to official reports, the popular Russian perception is that Africa is a promising market for Russia and information data obtained from the Industry and Trade Ministry, Russia has only four trade missions in Africa – in Morocco, Algeria, Egypt and South Africa. In addition, several interviews and research indicated that the Russian expert community advocates for strengthening business relations with Africa, and for example sees fruits, tea, coffee from the EU countries can be replaced with products from African countries.

Deputy Director of the Department of Asia, Africa and Latin America of the Ministry of Economic Development of the Russian Federation, Alexander Dianov, spoke about the non-financial support measures for Russian companies operating within the department.

On the other hand, he said: “There are trade missions only in four African countries, and if you take sub-Saharan African countries, the trade mission operates effectively only in South Africa. It is obvious that there is something to work on in terms of developing the infrastructure to support Russian businesses. If there is a serious request from the business community, we are ready to expand the geography of our presence.”

Senator Igor Morozov, Head of the Coordinating Committee on Developing Economic Cooperation with Africa (AfroCom), business lobbying group established back in 2009, expressed his views posted to the website: “It is impossible to grow the national economy without developing new markets. Only more than 20 companies are working on raw materials projects in different parts of the continent, there are traditional deliveries through the military-technical cooperation, export of grain, mineral fertilizers, oil products with a total turnover of US$17 billion (2020)!”

Morozov argued that “it is necessary to involve large-scale involvement of small and medium-sized businesses from the Russian regions in the African direction. It is necessary to reconsider the entire range of the export potential of the regional economy: the transport industry, agricultural machinery and units, mechanical engineering and navigation equipment, the mining sector, water treatment, and information technology.”

Africa is one of the most promising and fastest-growing regions of the world, with leading powers actively competing with one another, the Senator frankly acknowledged, and added that there is nothing surprising in the fact that the European Union is increasing its trade turnover with African countries, and it amounts to more than US$300 billion a year. For instance, the United States, implementing the Prosper Africa Programme, continues to push American investments and high-tech products to priority African markets.

In this regard, in order to promote Russian goods, it is necessary to create conditions that would be competitive for exporters. It is obvious that the Russian Export Center (REC) does not have a direct investment fund in the system of financing African projects. Successful practice in Africa clearly demonstrates the widespread use of such funds by China, India, France and many other players.

Russian Export Center says the market is potentially the largest, Africa – is the continent of the future, but currently, the demand is generally limited. Speaking about Africa, we need to distinguish the countries of the continent into two groups: the northern and southern parts.

“We note an increase in the number of requests to find a Russian supplier from sub-Saharan Africa. Companies from such countries as South Africa, Nigeria, Ivory Coast, Ghana, Ethiopia, Tanzania, and Benin are most interested in increasing imports. We frequently receive requests to search for suppliers in such industries as mineral fertilizers, food products and the rest,” explains an official from Russian Export Center.

The Maghreb region is an important gateway to Europe and to sub-Saharan Africa. In the past few years, Russian companies have taken active steps to increase both imports and exports of agricultural products. Morocco has been delivering fruit in the Russian market.

In such Russia-Ukraine paradigm, Russian enterprises and importers still need to understand a set of priority problems and barriers, especially now when showing searching for alternatives for European suppliers, and interested in establishing stable long-term with African partners.

Polina Slyusarchuk, Head of Intexpertise (St. Petersburg-based African focused Consultancy Group), has questioned whether Russia has a long-term strategy in there. “Today, Russia wants to deepen its understanding of the business climate and explore trade and partnership opportunities in Africa. Now at this critical time, Russians have to decide what they can offer that foreign players haven’t yet been made available in the African market in exchange for needed importable consumables,” she underscored.

In an interview discussion for this article, Dr. Chtatou Mohamed, a senior professor of Middle Eastern politics at the International University of Rabat, emphasized that, on the geo-economic level, the five Arab countries present themselves as an unavoidable interface to enter the African continent, these are rich in raw materials and present as the great consumer market.

“While the context between Russia and Western countries is highly troubled, and characterized in particular by a regime of sanctions and counter-sanctions, it is to better serve the interests of their peoples and find solutions by exploiting the opportunities. Moscow has more room for turn round export-import business with the countries of sub-Saharan Africa,” he pointed out.

Currently the geopolitical relations of most Mediterranean Arab countries with Russia are good, even for those who were allies of the United States during the period of world bipolarity along the years of the Cold War (the case of Egypt and from Morocco).

Members of African diplomatic missions informed the greatly unrealized potential of cooperation between Russia and African countries, and interest in attracting investments in agro-industry infrastructure, education and many other sectors, and unreservedly called for a wider interaction between African business circles and Russian businesses.

During the early March discussion, the participants mentioned high import duties, complicated certification procedures, high cost of products, expensive logistics, security and guarantee issues, and information vacuum as some of the barriers to Russian-African trade and economic cooperation. As always, the participants agreed on the need to develop a comprehensive strategy for Russia to work with Africa.

Indeed, Russia is already one of the ten largest food suppliers to Africa. Removing barriers could help export-import collaboration reach an entirely new level. Russian and African business communities lack of awareness regarding the current state of markets, along with trade and investment opportunities. There is an insufficient level of trust towards potential partners. These issues swiftly have to be solved through establishing an effective system of communication to guarantee their reliability and integrity between public business associations in Russia and Africa.

In the meanwhile, Russian President Vladimir Putin has ordered to restrict or prohibit import and export of certain products and raw materials from Russia in 2022, according to the decree on special foreign economic measures aimed to ensure Russia’s security. “Our struggle is to deliver the promise of the liberation struggle betrayed by the SPLM Aristocracy,”- Mabior Garang