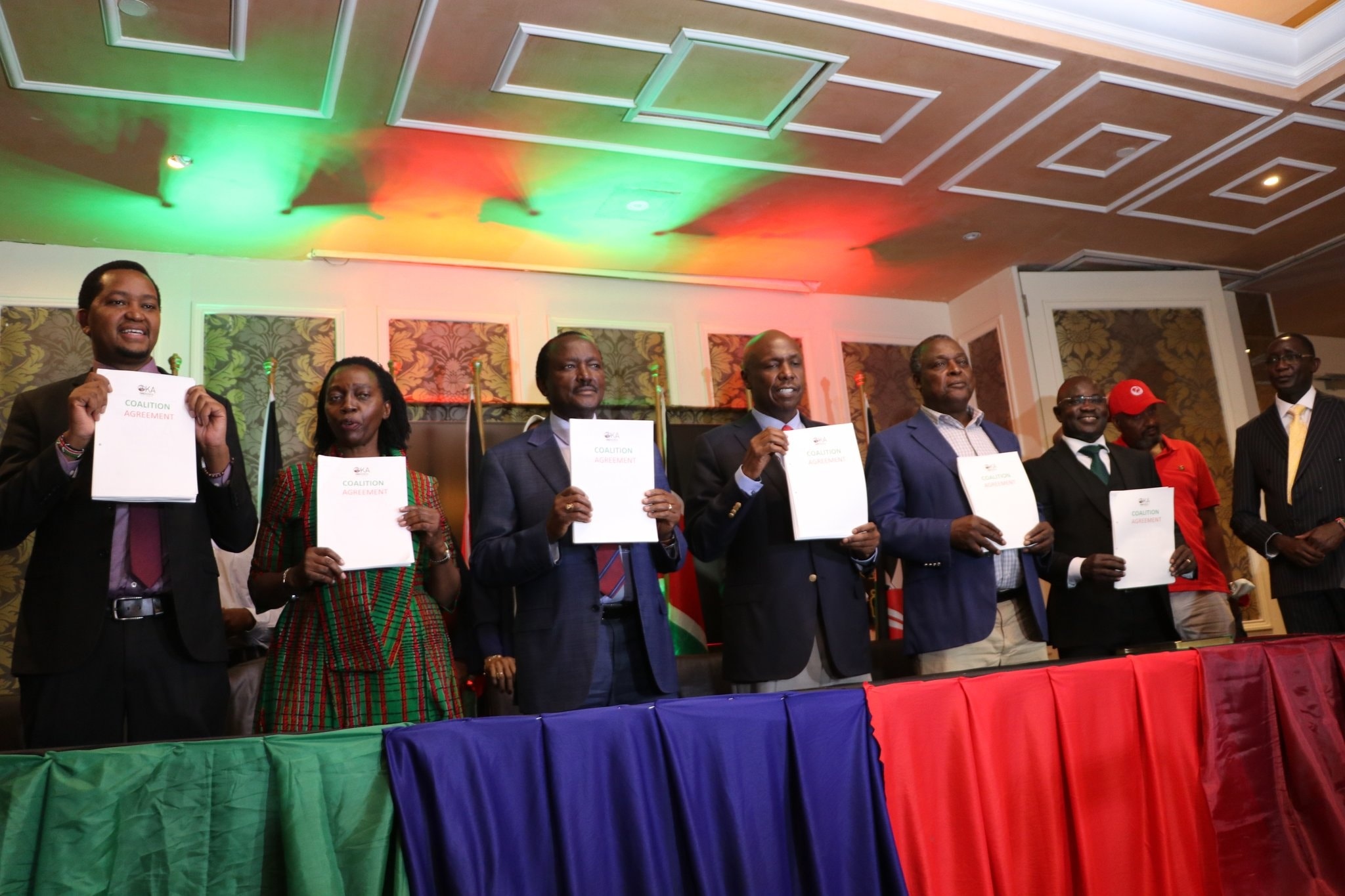 All political parties under One Kenya Alliance (OKA) will on Friday, March 11, 2022, signed cooperation agreement.

The signing between the affiliate parties had been postponed for several days due to legal issues raised by the principals.

“We have delayed the signing in order to handle legal difficulties that have emerged. We are joined as principals in the spirit of national unity because of the ideal that binds us together,” Karua said.

The Narc Kenya party requested an extension of seven days to examine the coalition agreement.

OKA leaders have pledged allegiance to the Alliance ahead of the August 9 election. It is rumored that they will form an alliance with Raila Odinga’s Azimio La Umoja.

It was previously reported that ODM leader Raila Odinga and Wiper leader Kalonzo Musyoka are getting closer to reaching a political agreement ahead of the Azimio la Umoja presidential flag bearer’s debut on Saturday, March 12, 2022.

According to insiders, the duo has agreed to close ranks following days of behind-the-scenes efforts by their trusted associates to reunite them.

With the truce in place, Kalonzo is scheduled to attend the massive Azimio political event in Nairobi , where Raila will be introduced as the party’s presidential candidate.

“The talks are going on so well so far. We are in Azimio. There is no debate about that. Take that to the bank and get a loan,” Kanu secretary general Nick Salat said.

DR Congo: With Ebola on the wane, UN agencies prepare to combat coronavirus