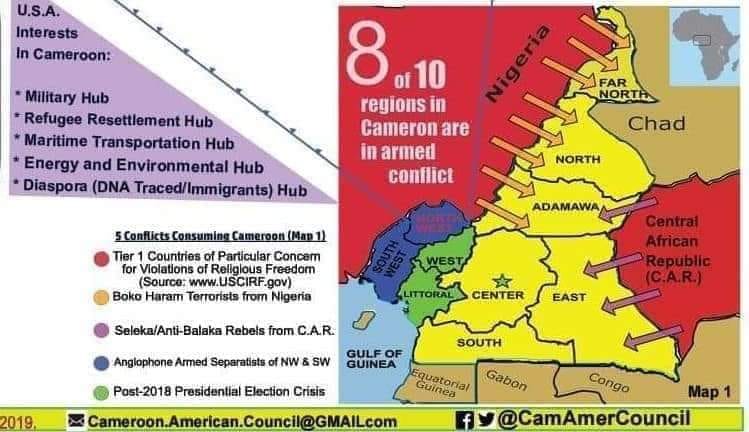 “For decades, Douala in Cameroon and Newark, New Jersey have enjoyed being sister-cities and Cameroonians have called New Jersey home. Today, we ask for a first-time-ever bipartisan support message to the White House on Cameroon TPS.”

The New Jersey Congressional Delegation has equally been calling on the Biden-Harris Administration to offer Temporary Protected Status (TPS) or Deferred Enforced Departure (DED) for Cameroon.

“Currently there is a crisis on the ground in Cameroon, filled with massive internal displacement, civil unrest, war crimes, and shortages of essentials like water, food, and healthcare. Deporting Cameroonian nationals are just not a viable, conscious, or moral option at this time, and we should move to extend protections against such a policy,” members of the New Jersey Congressional Delegation wrote to President Biden in a letter dated January 26, 2022.

An estimated 40,000 Cameroonians currently living in the United States would benefit from a TPS designation for Cameroon. An announcement on a designation for Cameroon would showcase the U.S. government’s commitment to supporting international stability and humanitarian efforts across the world, by ensuring the safeguarding of Cameroonians in the U.S. from an immoral forced return to such unfortunate and menacing conditions.

According to the Cameroon American Council, in New Jersey and across the United States, immigration relief for Cameroonians is a consensus builder for the diverse Cameroonian diaspora. We respectfully ask that your administration do everything in its ability to assist these Cameroonian nationals to remain stateside.

Friday, March 18th at 9AM, the Cameroon American Council will be joining comrades and allies at a coalition rally on #CameroonTPS and # at DHS Secretary Mayorkas home in Georgetown, DC.