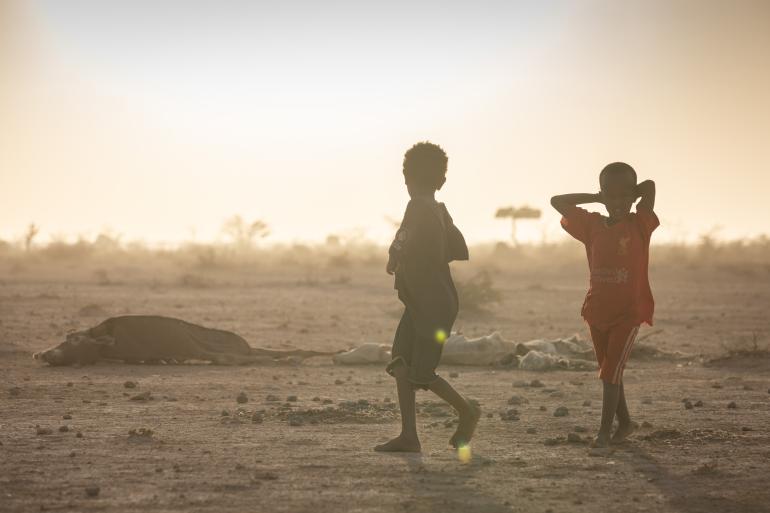 Three consecutive failed rainy seasons have brought on severe drought in Ethiopia’s lowland regions of Afar, Oromia, the Southern Nations, Nationalities, and Peoples’ (SNNPR) and Somali regions drying up water wells, killing livestock and crops and pushing hundreds of thousands of children and their families to the brink.“The impact of the drought is devastating,” said Gianfranco Rotigliano, UNICEF Ethiopia Representative. “Children and their families are struggling to survive due to loss of livelihoods and livestock and it is projected that more than 6.8 million people will be in need of urgent humanitarian assistance by mid-March 2022. We are also witnessing major displacement out of affected areas.”   The most severely impacted regions are the lowland areas of southern and eastern Oromia and Somali regions. There is a significant lack of clean water and the food security is deteriorating rapidly leading to an increase in malnutrition cases.“In drought-affected areas in Oromia and Somali around 225,000 malnourished children and over 100,000 pregnant and breastfeeding women need urgent nutrition support,” said Rotigliano. “The lack of clean water is further exacerbating the situation for children and women. If children are forced to drink contaminated water, it puts them at risk to various diseases including diarrhoea which is a major cause of deaths among children under five.”To date, in the drought-impacted areas in Oromia and Somali regions, some 4.4. million people are currently facing critical water shortages.It is also projected that in 2022, an estimated 850,000 children will be severely malnourished across the four regions due to multiple causes namely conflict, drought, and economic downturn.  Children are also missing out on an education due to the drought. Over 155,000 children in the lowlands of Somali and Oromia regions have dropped out of school so they can help fetch water – often travelling long distances – or look after other children while their caregivers try to find water for their families and cattle. Children who are out of school are at risk of exploitation or are being pushed into dangerous coping mechanisms.  In response, UNICEF, in close coordination with the local authorities, is working tirelessly to provide life-saving assistance to those desperately in need. This includes the rehabilitation of boreholes and water schemes, emergency water trucking, treatment of severely malnourished children and providing emergency education and child protection support.UNICEF’s drought response appeal for impacted areas in Ethiopia is USD $31 million in addition to the overall humanitarian appeal of USD $351 million. This specific funding will target more than 2 million vulnerable people in Afar, Oromia, SNNPR and Somali regions.
*Source United Nations Children’s Fund (UNICEF)

Uganda: Parliament to push for education of pregnant girls