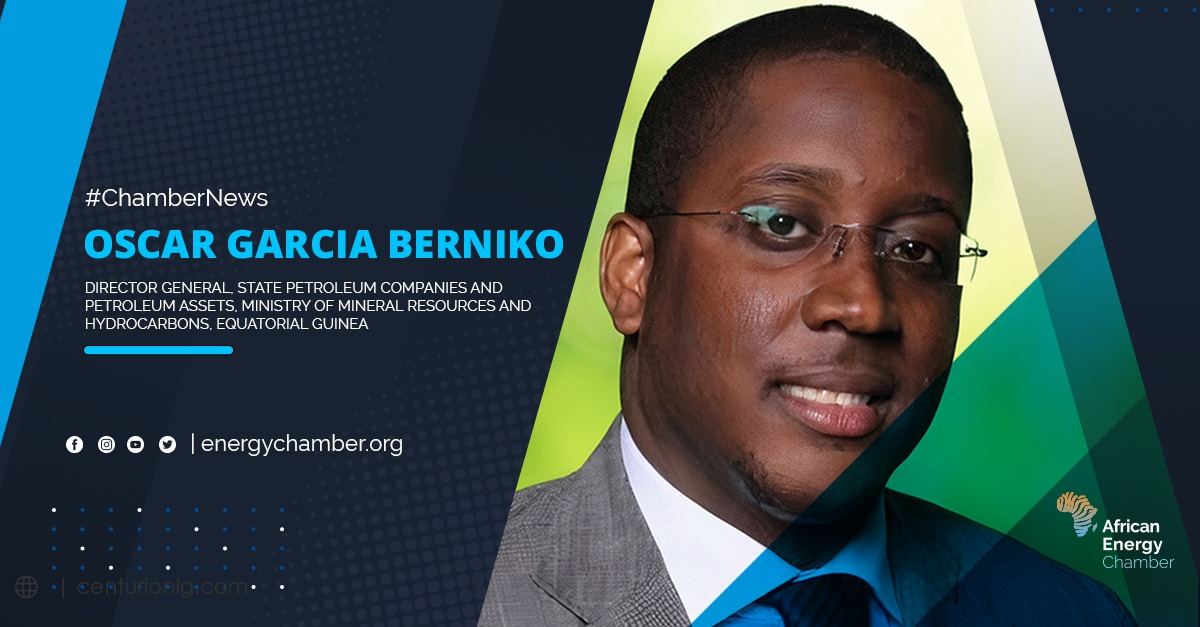 While international oil companies gradually divest from African hydrocarbon assets, and capital expenditure is redirected towards alternative energy sources, Africa is seeing production declines across key assets. In an exclusive interview with the African Energy Chamber (AEC) , Oscar Garcia Berniko, Director General for State Petroleum Companies and Petroleum Assets, Ministry of Mineral Resources and Hydrocarbons of Equatorial Guinea, discussed international oil company (IOC) divestment, gas as the ideal resource for the energy transition, and the need for a model gas/Liquefied Natural Gas (LNG) production sharing agreement.What will this production underperformance in Nigeria, Libya, Angola, Congo, Equatorial Guinea and African countries mean for the continent as a whole?These Oil and Gas producing countries rely heavily on the exportation of Hydrocarbons to sustain their economies, in some cases like Equatorial Guinea, Oil and Gas represents almost 90% of the GDP. Declining production means a serious impact on the Treasury revenues, this is very unfortunate because the increasing prices of hydrocarbons in the international markets could help tackle the challenges that COVID-19 brought to the Economies of these Nations. People are not aware of the consequences of the anti-fossil fuels narrative in the lives of the people in Africa. It’s unfair, especially if we take into account that Africa is not the region of the planet that pollutes more, but actually Africa is one of the main lungs of the planet.  I think we deserve better.What do you feel are the primary reasons influencing production decline in Africa?Clearly, IOC´S are being influenced by lobbies that are pushing them to divest in fossil fuels towards renewables. Is now more difficult to raise capital for investment in the E&P, because loans are more expensive, and some financial institutions are starting to limit capital available for these purposes. Without investment in the E&P, there won’t be many discoveries and clearly production should decline at some point. On top of that, there’s clearly a trend on exiting in producing and mature assets to focus on assets that are more profitable and efficient. As of Independent companies on their side, they are more interested in producing assets, including mature fields, but are reluctant to invest in the E&P.What can be done to turn this around?I think African producing countries need to react with a solid package of incentives for operators to reconsider their strategy and go back to exploration and development of discovered resources. I´m not only talking about Fiscal incentives but making sure that we rethink the oil and gas game. Funding is key, and we need to rely more on financial institutions that are base in Africa and other regions with less restrictive policies. But not everything is bad news, Gas is going to play a major role in the energy mix worldwide, Is cleaner than most of fossil fuels and some countries are now recommending Gas to be considered as a green energy, it make sense for me, It´s the fuel of choice for the Energy transition and prices are fair. Promoting and developing gas projects is a real opportunity to compensate the downturn in crude oil. But again, The expertise is there, no need to reinvent the wheel, if you have access to funding everything else should unfold by its own inertia. What would you recommend as an industry approach to low carbon gas monetisation and financing in Africa?In my opinion rather than the industry, we need to  point at the  Public entities, I agree that is key to have transparent and frank discussions among the different stakeholders, but  My recommendation to Governments in Africa is changing the mindset towards oil and gas, we are in a different era, we cannot attract investment and funding with the mindset of the 90’s, the State should be ready to take a bigger slice of the risk and improve the fiscal terms, but also monitor better, promoting more local content, have a better control on the  expenses. Now, Each country, each region is a different story, For example, We´ve seen the new CEMAC foreign exchange regulations being enforced, I´m not against it, but does CEMAC has a solid banking system capable of providing the financial  services needed for such a capital intensive industry?. Times are already difficult, policies in place should reward investment, otherwise we risk having those resources sitting underground without being monetized.What should new independents consider while entering a changing African energy sector?The issue with new independents, is that most of them are backed by funders that are very aggressive, they want quick return to the Investment at rates that are typically higher. Basically, they are vehicles to private equity firms’ investment in the Industry, and obviously there are pros and cons. My recommendation is making sure that they not only focus on production but also be open to Exploration and development.Is it time for a Model Gas/LNG Production Sharing Agreement?Absolutely! Is time for a better Gas legal framework. So far It has been about oil exploration and production, and when gas is discovered then we get to renegotiate and amend. I think it is time to pass bills that are solely dedicated to gas, including Model contracts with terms specially agreed for gas. We need to think of gas as the new oil.What pending deals do you believe should be completed and announced at African Energy Week in Cape Town?2022 is going to be an exciting year, several announcements are going to be made, we need to know which partners are in and which are out. Cape Town is not to be missed. A lot is happening backstage, stay tuned!

DISCLAIMER: Responses provided to the interview reflect Oscar Garcia Berniko’s personal opinion and are not connected to any particular past, future project, discussion, negotiation in connection with his position of a public officer.

South African President Served with a Suspension Letter from his Party