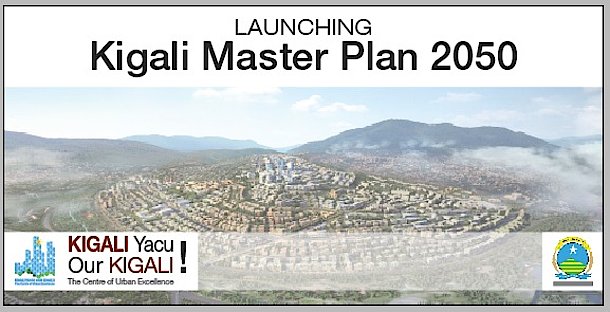 In Africa, growing rural-to-urban migration and rising incomes have led to an increase in private vehicle use. A focus on public transport, e-buses, walking and cycling is critical to avoiding road fatalities, greenhouse emissions and congestion, a newly launched report says.

According to a  new study by the Institute for Transportation Development Policy (ITDP) and the University of California, Davis, finds that keeping carbon emissions from Africa’s urban transport sector will require not only an increase in the number of electric vehicles on the road, but, just as importantly, the establishment of compact cities developed for walking, cycling and public transport.

The report, “The Compact City Scenario—Electrified,” reveals that, worldwide, only these two policy changes together will lower cumulative greenhouse gas emissions from urban passenger transport by 59 gigatonnes (Gt) of CO2-equivalent greenhouse gases, or 50%, by 2050, just below the amount needed to meet the Paris Agreement and avoid the worst effects of climate change.

“We need electrification and compact cities to meet our 1.5°C target,” said Heather Thompson, CEO of ITDP. “We need to also focus on the fundamental equation of driving less, even in electric vehicles, which still require a lot of resources like clean electricity. We need high-density development that provides better access to employment, education and services for families of all income levels without being dependent on cars. Walkable and cycling cities aren’t just better for the economy and the environment—they’re healthier and happier for everyone. We have the evidence, and we know what needs to be done: We need an integrated approach that includes both electrification and compact development. Cities must step up.”

According to the United Nations, Africa’s population is expected to reach 1.5 billion by 2025, with nearly half those people residing in cities. Based on UN population data, 17 of the world’s 20 fastest-growing cities are in Africa. This rapid urbanisation has led to increasing congestion concerns, prompting cities to explore alternatives to car-centric infrastructure development.

According to the new ITDP report, redesigning land use in cities around mass transit systems such as bus rapid transit (BRT) and developing high-quality walking and cycling facilities together decrease demand for car use and reduce emissions, even if cars remain powered by fossil fuels. Compact, mixed-use, transit-oriented land-use policies can reduce the overall demand for urban travel by making people’s trips shorter.

Under a business-as-usual trajectory, the number of private cars in African cities could multiply by a factor of five by 2050, overloading streets that are already congested—causing greenhouse gas emissions to triple to over 900 megatonnes per year. But if governments prioritise bicycle lanes, buses and walkable streets, as well as electric vehicles, there could be a decrease in emissions over the same period of just 240 megatonnes per year, the report reveals.

BRT lanes, bicycle lanes and pedestrian walkways can also make those modes of transportation more inviting than driving, encouraging modal shift. Electrification of bus fleets in addition to the growth of private electric vehicles across the continent is expected to further reduce greenhouse emissions, improving health and quality of life across these cities.

According to the report, it will be less expensive for governments and consumers alike tif cities are built for transit, walking and cycling. If cities continue to prioritise cars, the average annual cost of urban transportation in Africa will be $4,000 per person by 2050. If cities prioritise walking, cycling and transit instead, that per-person cost could be reduced to $2,800—with no decrease in mobility or economic growth.

“African cities are at a fork in the road,” said Chris Kost, ITDP’s Africa Program Director, “African leaders need to prioritise more inclusive transport infrastructure. To achieve this, cities across the continent will require a shift to non-motorized transport and electrified public transport to improve access to employment, education, health care and recreation.”

Cities like Kigali, Rwanda, have embraced this challenge. In addition to launching a bikeshare system, Kigali introduced a revised Master Plan 2050, which changes zoning policies to encourage pedestrian-friendly urban design and growth alongside mass transit corridors. Cairo, Egypt, and

, are on course to launch bikeshare systems later this year. Alexandria, Cairo, Cape Town and Kampala have already deployed e-buses, and there is a vibrant start-up movement to electrify motorcycle taxis and three-wheelers in Nairobi and Dar es Salaam, among other cities.

There is growing interest in implementing mass transit systems in the Africa region following the success of the 20.9-kilometer first phase of Dar es Salaam’s BRT system. Dar es Salaam is currently implementing phases 2, 3 and 4 of the BRT. Addis Ababa, Cairo, Dakar, Nairobi and other African cities are on track to implement BRT in the near future.

The Institute for Transportation and Development Policy is a global nonprofit that works with cities around the world to design and implement high-quality transport systems and policy solutions that make cities more livable, equitable and sustainable.

Congolese Have No Lessons To Learn From A Kleptocrat, DCC Fires Back At Kenya's Deputy President William Ruto