The Kenyan Head of State spoke in Addis Ababa, Ethiopia where he presented last year’s ALMA Malaria Progress Report at the ongoing 35th Ordinary Session of the Assembly of Heads of State and Government of the African Union. 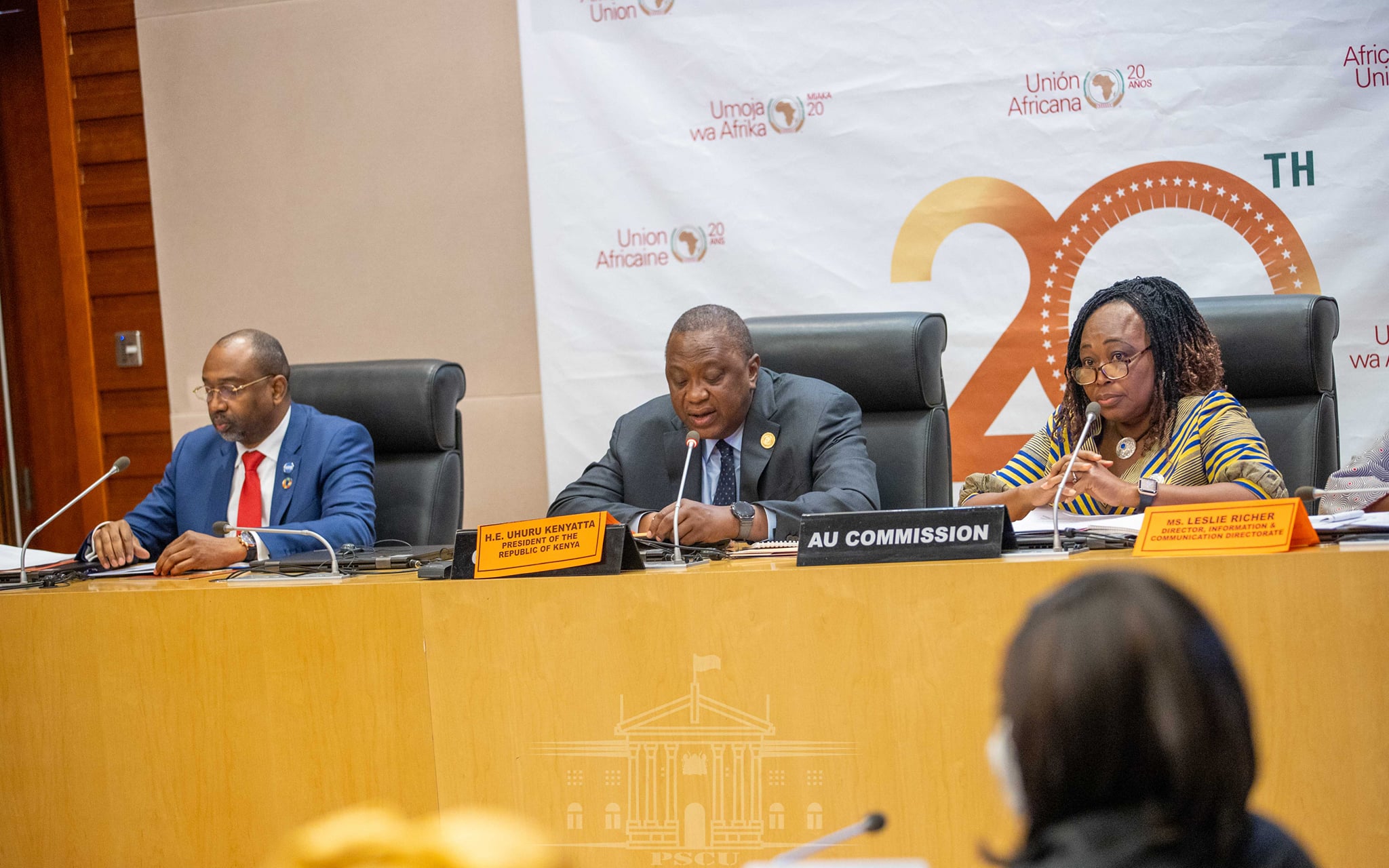 President Uhuru Kenyatta today said Africa had made significant progress in the war against malaria in the last two years, and attributed the success to a four-point program implemented by the African Leaders Malaria Alliance (ALMA).“When I assumed the chair of ALMA I came up with a four-point legacy agenda and the four key initiatives included digitization and scorecard accountability and action plans, multi-sectoral advocacy, action and resource mobilization, regional coordination and access to life-saving commodities,” the President said.The Kenyan Head of State spoke in Addis Ababa, Ethiopia where he presented last year’s ALMA Malaria Progress Report at the ongoing 35th Ordinary Session of the Assembly of Heads of State and Government of the African Union.President Kenyatta, who decried the sustained high malaria prevalence on the continent, isolated digitization, and accountability and action scorecards, one of his four-point agenda against malaria as an important tool in the campaign against the disease.He said it was progressive to see African countries embrace the use of digital tools to strengthen evidence-based accountability and action in the fight against malaria.“It is notable that countries continue to expand use of digital tools to strengthen evidence-based accountability and action in the fight against malaria. Our countries are implementing national scorecard tools on malaria, reproductive maternal, new born, adolescent and child health; neglected tropical diseases, nutrition and community scorecards,” the President said.President Kenyatta pointed out that in 2021, Kenya launched the ALMA Scorecard Hub to enable countries to share national health outcomes and best practices.“To date, 13 countries are sharing their scorecards on the hub. I encourage all the remaining countries to utilise this platform,” the President said.On his second priority area, the multi-sectoral advocacy, action and resource mobilization, President Kenyatta reported that 23 countries had launched national “Zero Malaria Starts with Me Campaigns” while another 24 had established or were in the process of setting up national end malaria councils and funds.To boost access to life-saving anti-malaria commodities, the President said countries are deploying mosquito nets and insecticides to address the threat of insecticide resistance.“End malaria councils have mobilised significant financial resources and in-kind support for the fight against malaria in 2021; and have helped sustain the visibility of end malaria campaign through national communication campaigns and engaging traditional and religious leaders as trusted messengers,” President Kenyatta noted.President Kenyatta also spoke about regional coordination of anti-malaria programmes saying, African countries had enhanced cross-border collaboration, adding that last year’s approval of the first malaria vaccine for children under 5 years by the World Health Organization was a major boost in the war against the disease.While rallying African Governments to invest more in the fight against malaria for the continent to meet its target of eliminating the disease by the year 2030, the President applauded the Global Fund and the US President’s Malaria Initiative for their continued support.“We are not on track to eliminate malaria by 2030 unless far-reaching strategies are adopted and executed to the latter,” President Kenyatta said at a press briefing shortly after presenting the progress report.At the briefing, also addressed by AU’s Commissioner for Health, Humanitarian Affairs and Social Development Samate Cessouma, the President invited the media to partner with Governments in the battle against malaria.
*Source Presidency of the Republic of Kenya