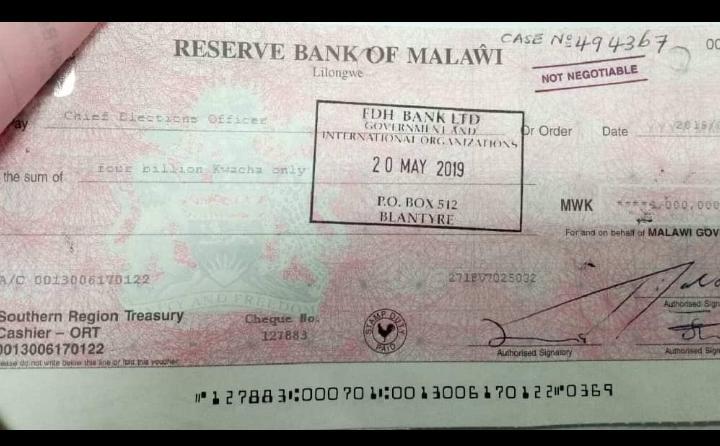 The Human Rights Defenders Coalition (HRDC) will this week lead yet another national wide protest against the results of the May 20 elections as the push to have Malawi Electoral Commission (MEC) Chairperson Jane Ansah step down continues.

The HRDC along with the Malawi Congress Party (MCP) and UTM are baying for the head of Ansah whom they accuse of leading in the administration of a ‘fraudelent’ election.

Accusations have also been flowing to Ansah that she was bribed by eventual winners the Democratic Progressive Party (DPP) to declare them winners, claims Ansah has strenously denied slamming her critics as only meant to tarnish her image.

The protests will be held on Thursday and Friday. They have been organised following another one last week but after Ansah had denied to step down, the HRDC has indicated it will not relent in the vigils so long as the MEC Czar resigns.

Elections in Malawi we’re characterised by annomalies huge of which was the use of erasing fluid Tippex which Ansah maintains was not purchased by the commission.

Figures were altered by officials managing elections in polling centers and media reports still suggest some of the figures surpassed the number of those that registered and cast their votes in the centers.

Meanwhile, there is a revelation that MEC Chief Elections Officer Sam Alfandika received up to  MK4 Billion during the elections period from the DPP government.

Alfandika has since told the media that the money was not received as personal but in the name of the office and was meant to pay election officers.

As of now, there is a court case in which the UTM led by Saulosi Chilima and MCP led by Lazarus Chakwera want a rerun of the elections.

Chakwera only slipped to DPP’s Peter Mutharika with less than 200 thousand votes in the highly contested poll which Chakwera now believes was rigged.