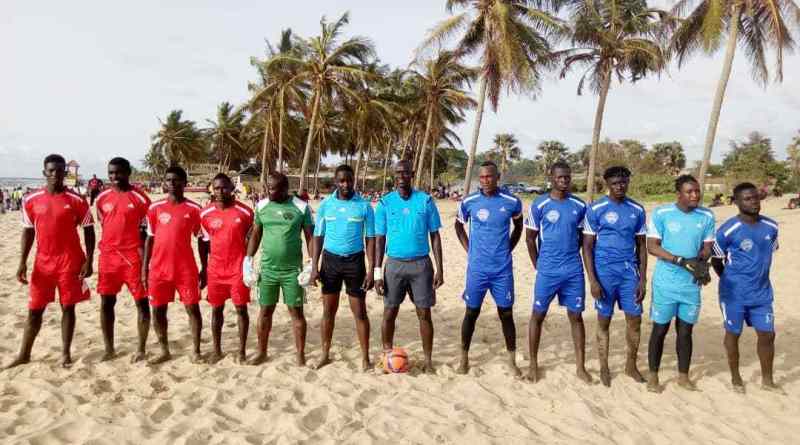 The Gambia Football Federation (GFF) over the weekend organised a one-day beach soccer competition in an effort to expose participants to the game ahead of the introduction of a beach soccer league in the country.

The event was held at the Palma Rima Beach in Kololi and it was organised by Football House through the GFF Beach Soccer Committee, the body appointed by the Executive Committee with the mandate to advise the Federation’s leadership on matters pertaining to the game. The event also gave the players and coaches the opportunity to get themselves acquainted to some of the basic formalities of the game.

Mafugie Jatta, the Secretary of the Committee said: “This exhibition is organised by our Committee ahead of the tournament proper where we will bring in teams to participate.”

He added that the Committee is further tasked by the GFF Executive to organise beach soccer activities and activate the game.

He disclosed that eight clubs and two zones have already registered with the Beach Soccer Committee and in the coming weeks they will be visiting all the training grounds to help them understand more about the game and its rules and regulations.

He added that the priority for the Committee is to kick start the league and put facilities in place before thinking about setting up a national team for competitions.

“For now our main target is to play the league, so that we can have a story to tell CAF and FIFA as to gather more support from them. Our President Mr. Lamin Kaba Bajo is a member of the FIFA Beach Soccer Organising Committee so we are trying to put the necessary infrastructure in place and to popularise the game,” he concluded.

Benin becomes the 17th member of the Africa Finance Corporation