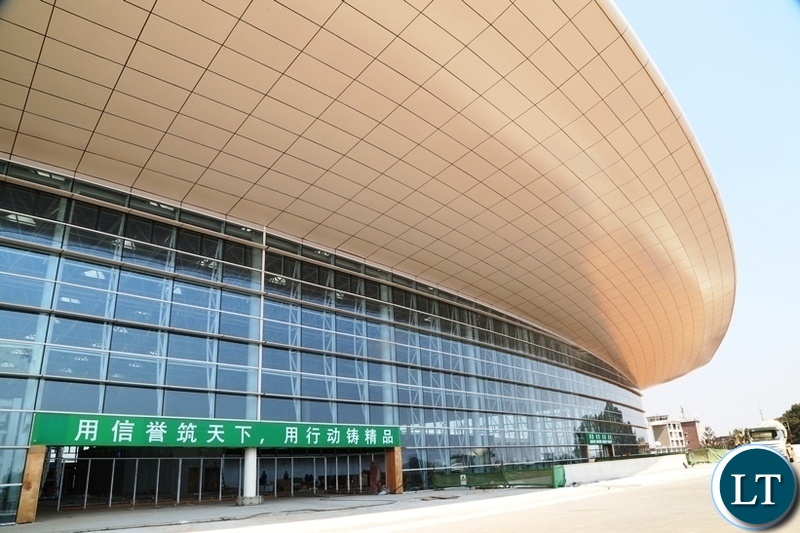 Zambia’s central geographical position in Southern Africa is said to be a blessing in disguise. Despite not having access to the sea or ocean Zambia has access to eight countries through the borders.

This is perhaps what the countrys government through the National airports corporation (NACL) had in mind when it decided to acquire a loan of USD 360 million to finance the procurement of the upgrade of its major airports with the view of making the country a southern Africa regional air traffic hub.

This has come at a time when the country has entered into a partnership with Ethiopian airways to revamp Zambian airways which has not been operating since 1994.

The question is will the country be able to get a return on the USD 360 million investment or will the infrastructure be white elephants which will leave the country in more debt?

The countrys director in the ministry of infrastructure and development Danny Mfune says the infrastructure will not be white elephants but are rather the missing link to economic growth as they will directly improve tourism and business efficiency.

The construction at KKIA which is at 81percent completion will include a new passenger terminal, presidential pavilion, control tower, hotel, shopping among other infrastructure.

Renowned economist Chibamba Kanyama whose company Bridges was contracted to do the strategic plan of the new infrastructure  is doubtful that the country will be able to get a return on the investment due to the lack of traffic into the country and the kind of resources that come from airports.

Mr Kanyama is of the view that the airport’s can only get a return on investment if they are fully utilized and if the money that is being realised from the infrastructure is in dollars.

“The kwacha may depreciate against the US dollar in due course and those issues can have an impact and two is this procured asset appropriate for the country in this environment. For example there is no need to buy a 65 seater bus to take people to Chiawa where only four people travel every day. This means that it will be under utilised,” he said.

Mr Kanyama’s worry is the lack of marketing of the infrastructure and under usage.

“they  must ensure that it is fully utilised in such a way that domestic usage is maximised and not just rely on landing fees. They must get good tenants and must make it in such a way that it must attract not only travellers but even locals that want to relax,”he said.

He however says the delayed Zambia airways launch is a key source of revenue to benefit from the airport.

He said the partnership with Ethiopian airways can be the anchor of success of the expansion project.

“The biggest question is who engineered the initiative? Is it Zambia or China? Because the Chinese are only interested in investing there and use their people and equipment, make their money and leave,”he said.

And when contacted for a NACL could not justify how the airport will make a return on investment as the press query went unanswered by press time.

And former minister of transport and communication William Harrighton equally feels that USD 360 million is too much and is of the view that NACL should have rather improved the already existing infrastructure rather than constructing new infrastructure which is an expensive venture.

“Airlines worldwide do not make profits, what is happening in Zambia is similar to what happened in Madagascar where the Chinese had a similar arrangement with what we are seeing in Zambia and Madagascar s airport is now almost a white elephant,”he said.

Will the upgrade of the airport infrastructure and the launch of Zambia airways pay back the USD 360 million or are tax payers going to pay back the debt?

Only time will tell. DoubleTree by Hilton Debuts in Nairobi