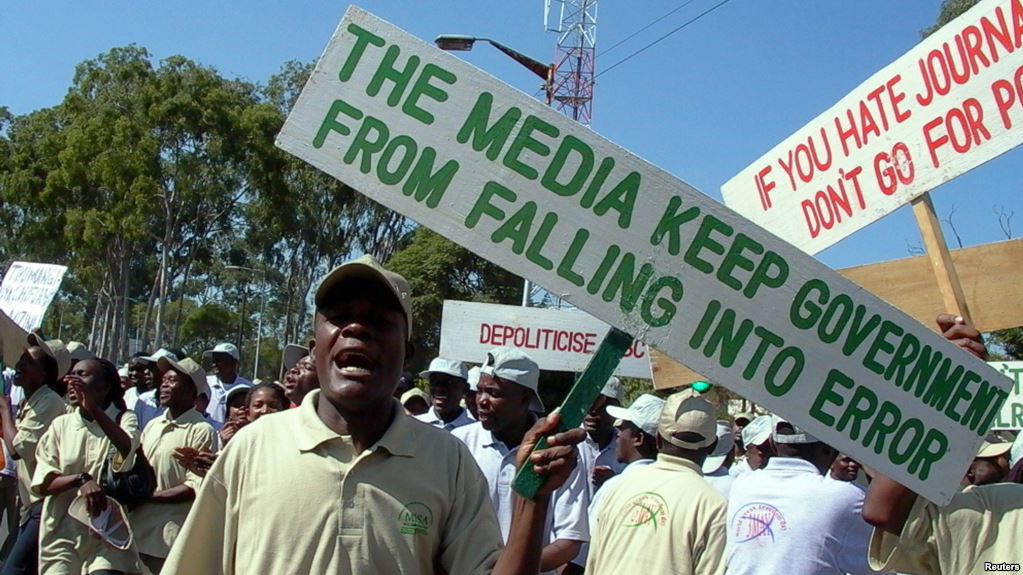 The African Media Initiative (AMI) says that the media fraternity across the continent has learned with great concern the growing curtailment of media freedom in many African countries, including Cameroon, Sudan, Egypt and Tanzania.

Cameroon
In the last four weeks, eight journalists – Joseph Olinga, Michel BiemTong, Gustave Flaubert Kengne, Michel Kalabassou, Mimi Mefo, Josiane Kouagheu, Akumbom McCarthy, and Mathias Mouende have been intimidated, arrested, or tried before military courts across the country over allegations of ‘propagating false information’ or ‘undermining the safety of the State’ under the antiterror law.

Cameroon has seen, over the years, an accelerated shrinking of the democratic space where both journalists and citizens are having to compose with a difficult environment.

In Egypt, a law enacted last month has been widely criticised as tantamount to extortion of media houses as it requires hefty registration amounts for licenses with websites being forced to pay more than $30,000 to register and up to five times that amount for non-compliance. The law is viewed as an attempt by the government to silence the remaining independent media.

On 29 October, the Press Court in Khartoum sentenced Zine El Abeen Al-A’jab, a former editor of Al Mustagila newspaper to one and a half months in prison, or a fine of 5,000 pounds ($104) over “dissemination of false information” among other charges.

Overall, according to Amnesty International, at least 15 journalists have been arrested and detained between January and October 2018 by the government’s National Intelligence and Security Agency (NISS). In addition, the entire print run of 10 newspapers was confiscated on at least 27 occasions. Al Jareeda, one of the last independent newspapers, has been confiscated at least 13 times this year.

On 7 November, South African journalist Angela Quintal, Africa programme coordinator for press freedom group the Committee to Protect Journalists (CPJ), and her Kenyan colleague Muthoki Mumo were arrested from their hotel in Dar-es-Salaam and detained by authorities for 24 hours.

Rights groups and media advocates have recently expressed concerns about the freedom of expression in the country since election three years ago of Tanzania’s President, John Magufuli, whose regime has cracked down on independent media and close down critical newspapers.

Earlier in 2018, the government approved a new law regulating online content that gives them the right to revoke the permit if a website publishes content “that leads to public disorder” and “threatens national security”, according to media report.

It should be recalled that freedom of the press and right of people to information are enshrined in the Universal Declaration of Human Rights, the International Covenant on Civil and Political Rights, the African Charter on Human and Peoples’ Rights, the Declaration of Principles on Freedom of Expression in Africa.

Governments in Africa have a duty to refrain from undue interference with the right to media freedom and must promote and protect citizens’ rights of access to information.

In view of the above, African Media Initiative (AMI)

About AMI
The African Media Initiative (AMI) is a pan-African organization that seeks to strengthen the continent’s private and independent media sector from an owner and operator perspective to promote democratic governance, social development and economic growth. It does so through a set of strategic activities aimed at transforming the media and communications landscape on the continent. AMI’s overall goal is to promote the development of pluralistic media as a necessary and critical ingredient of democratic governance, as well as economic and human development in Africa.