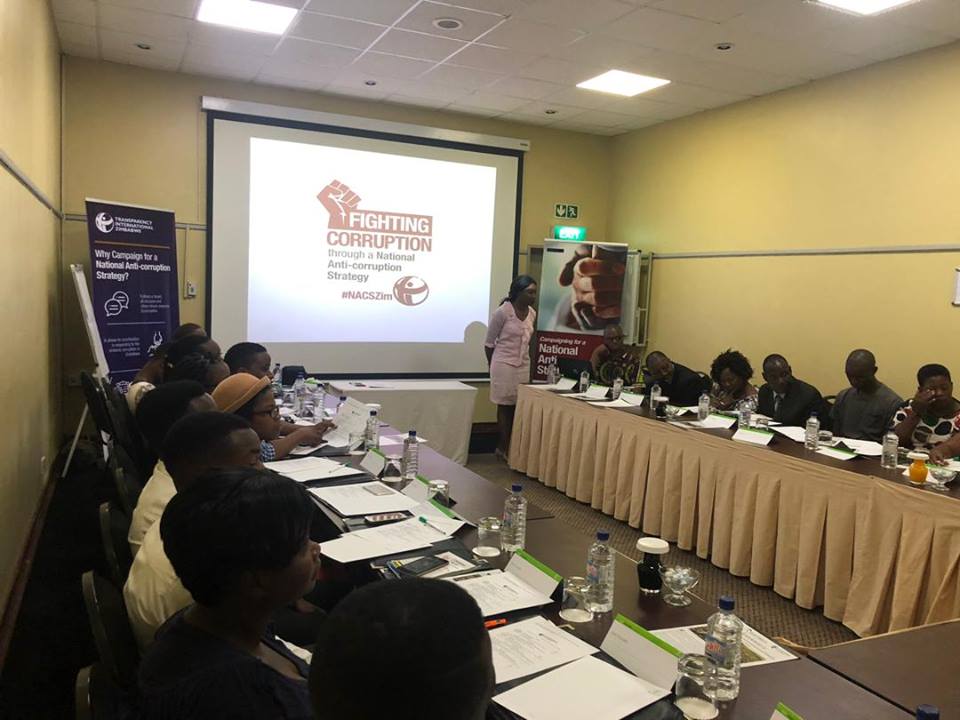 Civil Society nasty and ugly face of spate of forums have stirred smouldering fires with ascending smoke. They are in a bid to sweep clean the under carpet.  Over the past days Civil Society has lambasted politicians and political parties for tyrannical political activities. These, they say, embroil people into deep shadows of poverty.

One such outrageous symposium was held on 21 November at a local hotel venue .It was amid friction of acrimony among political party sides. These political and Civil Society leaders  failed to contain their anger over the behaviour politicians .The core sound track issue lies on the suffering of the nation because of the action of these politicians .

Civil Society takes ZANU PF and MDC-T Party leaders as the people behind the problems the country faces. The names of Robert Mugabe the coup-de-graced, Morgan Tsvangirai the demised , Emmerson Mnangagwa the President of Zimbabwe and Nelson Chamisa the angry and power hungry Lion , precipitated in seethe of anger with the civil society .

These brave organizations chilling the ice of politics are Transparency International Zimbabwe TIZ, ZIMCODD and Zimbabwe Environmental Law Association [ZELA] .Their wild raging concern is  the rise and fall of these in Zimbabwean Politics which created plethora of economic challenges . Some leashed political violence. Some became too greedy for power. This weaved a batch of problems.

Some were involved in corruption, to name a few like Jonathan Moyo , Saviour Kasukuwere , Obert Mpofu , Samuel Undenge , Ignatius Chombo , Supa Mandiwanzira and others still at large . This was witnessed at the Auditor General’s Report…. Special focus on Anti-Corruption, State owned Mining Enterprises and Socio-Economic Justice meeting.

In his escalating scathe to the worsening situation, Mkhasiri Sibanda said the fact on ground is that corruption is known that it reduces the country’s efficiency to develop a sustainable economy. Such is the situation in many countries in the World especially in Africa. In our view, Zimbabwe must be visited first because of its economic impasse.

‘’The task must not be with the onus of the Anti-Corruption Commission only to stamp out rampart corruption. It is also the work of the Civil-Society to see to it corruption is eliminated through their effort. Besides, the people of Zimbabwe must work hard to make their country free from corruption especially in the three sectors of the economy.

‘’In this regard, the Mining sector must be targeted first because it is the one which has been devastated by massive corruption. This impedes development of the country. The end result is always on the rise of socio-economic injustice. Mining communities end up plunged into poverty because of lack of Corporate Social Responsibility and Community Share Ownership. This is a move meant to develop mining communities ‘’.

Tashinga Zamba of Transparency International Zimbabwe highlighted the need for those in power to be accounted for in-order to completely eliminate corruption. Apart from that there is need to call for transparency and accountability in the Government, Ministries and Public Enterprises.

‘’We have heard of a number of escalating corruption in the Government in terms of Grant Corruption by former Government Ministers. The Government failed to bring these people to book fairly through proper legal procedures.

‘’The main culprit however, we all know is politics which derails the whole truth on ground. There are big wigs with names already known. These people have deranged the good name of the country. However, it is not only that. They have contributed to the decline of our economy’’.

From a whole set up of the discussion, several names of former top cabinet officials like Obert Mpofu surfaced on the high voice of the agenda. Mpofu is said to have billion worth of property in Bulawayo and Victoria Falls. This is calculating to almost a US 1 and half Dollars in total. Mpofu appeared in court. In his defence, he claimed to have amassed his wealth when he was not yet a Government Minister.

Civil Society is worried that corruption, lack of good-management and mal-administration of the country’s resources in general are the factors leading to socio-economic injustices bedevilling Zimbabwe. Apart from that, politics and post violence by named and un-named politicians has led to several challenges faced by communities. Speaking with a strong voice, bold and fearless, ZIMCODD Official, Tafadzwa Chikumbu said involved political parties in elections since the problem started all in number led to several socio-political and economic challenges,

‘’People are severely affected by friction of party politics, opposition versus the ruling party and the greedy for power. This touches not only on ZANU PF but also on opposition parties. By the end of the day what comes out through elections conducted affects those on the ground.’’

‘’These are the people we tend to ignore sometimes as politicians. But as Civil-Society, let us stand with a voice to say no. Let us build on shared vision. Let us see everything accountable, transparent and credible.

‘’The Constitution is our Bible. We are not using it as a tool for socio-economic and political justice. It is only the Constitution that makes us free and totally liberal to , voice , stand up and say what we want to speak as one united voice standing for the masses .’’He said in a snarl.

Taking his turn, SEATINI Economist Justin Manyanya lamented on lack of pro-activeness, which he points out as the main shadow in the whole issue. Manyanya puts aside politicians, but blames the people for being reactive rather than being pro-active.

‘’We are just reactive rather than being pro-active to situations which in general do affects us as a country . There is need for modalities to be in place to stamp out corruption. Also there are some other problems building up on challenges we face as a country.

‘’Our politicians could be hitting and hiding, but are we taking a stance to that. What do we do to show resilience and effortful attack to all forms of abuses of our justice? The culture of political impunity could be there but we need to stand by our constitution to solve amicably what affects us as a nation’’.

Civil Society is this Friday 23 November in Harare taking measures and steps to find new way forward to issues affecting the nation. Leading civil society organisations which took participation to this discussion are taking the lead again. These are Transparency International Zimbabwe, ZIMCODD and Zimbabwe Environmental Law Association.