On 6 November, Paul Biya was inaugurated for the seventh time. The 85-year-old has already been in power for the last 36 years and will now serve another seven-year term.

President Biya won disputed elections on 7 October amidst rising unrest in Cameroon. The country is divided into the Francophone area – which makes up four-fifths of territory – and the smaller Anglophone area. In the last two years, the latter region has been in a situation just short of civil war.

Over the decades since unification, the Anglophone regions have been increasingly dominated (https://bit.ly/2DDukwx) and felt resentful. This led to a movement that, in 2016, began by holding strikes and peaceful demonstrations. Activists called for the restoration of the English-speaking education and judicial system.

The government responded with furious repression and shut down any discussions about federalism. This led to a spiralling crisis. Today, the talk is about secession, while the conflict has become bloody. There are now over 300,000 internally displaced persons and more than 40,000 refugees in Nigeria. At least 90 villages have been razed, while over 400 civilians have been killed and thousands more wounded. 40% of Cameroon’s revenue derives from the Anglophone regions, but the local economy has been deeply undermined by the insecurity.

This is the context in which Cameroon’s elections were held last month. In theory, this exercise was an opportunity for citizens to shape the direction of the nation. But the reality is very different.

The body that organises Cameroon’s elections is supposedly autonomous, but all its members are appointed by the president and can be removed at will.  All electoral disputes are settled by the Constitutional Council, but all its members are also appointed by the president. The Minister of Territorial Administration, another presidential appointee, handles all other administrative issues connected with elections. 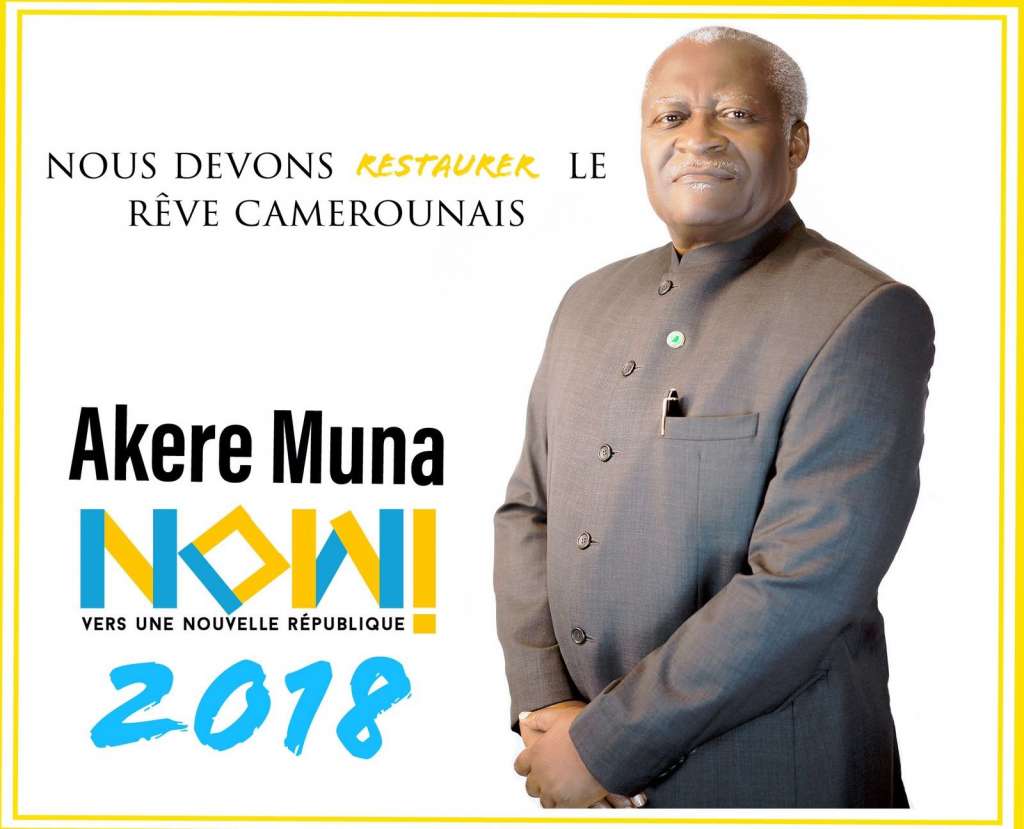 In Cameroon, the voting system is first-past-the-post and uses multiple ballots. Voters are given papers for all the candidates and then cast their vote by putting their favoured nominee into the ballot box. This means they can leave the booth with the papers of the other candidates, allowing vote-buyers the ability to check how people voted. Calls to adopt a single ballot paper system have been ignored.

For presidential hopefuls, getting onto the ballot in the first place is challenging. Nominees must pay around $60,000 to submit their candidacies. They must either be endorsed by a party with at least one elected official or, if running as an independent, produce at least 300 signatures from specific kinds of dignitaries from every region.

In the elections themselves, there are close to 25,000 polling stations. What candidate can field representatives in each of these locations? The official campaign period lasts two weeks and it is illegal to campaign before this period. How can one visit 360 districts in just 14 days? The presidential campaign team, which includes ministers and other dignitaries, travels the country at the expense of the state, meaning the playing field is nowhere near level. Meanwhile, the state media turns into the ruling party’s propaganda machine.

Despite the very high hurdles, however, I decided to run for president. I have spent the last 25 years defending good governance and fighting corruption. In 2000, at a time Cameroon was accused of being the most corrupt country in the world, I founded the national chapter of international anti-corruption NGO Transparency International. Needless to say, this earned me the ire of the establishment. I went on to work for bodies such as the African Development Bank and High Level Panel on Illicit Financial Flows from Africa.

In this time, I watched as my country steadily moved in the wrong direction. And with the worsening situation in the Anglophone regions threatening to pull apart the fabric of our nation, a sense of responsibility weighed on my soul. I knew that I had to put my experience at the service of our citizens and attack the issues at their source – the system.

In the end, though, I withdrew my candidacy and backed Maurice Kamto. There is nowhere in African where the opposition has removed a dictator like Biya without presenting a common front. In Cameroon, the remaining eight candidates held some further meetings, but never met once together as a group. This meant that there was no single opposition candidate. This fact discouraged voters who concluded it was a waste of time.

In the final tally, Biya officially won with 71.28%. Kamto came second with 14.23%. But there were reports of massive fraud. The absence of opposition officials at many polling stations allowed the stuffing of ballot boxes. An incomplete biometric system meant that certain people voted multiple times.

The legal challenge against the election results that followed exposed the Constitutional Council as political institution. This all played out on national television and many citizens, for the first time, witnessed the fraud that cripples our electoral process.

The danger that Cameroon now faces is that its elections’ lack of credibility could lead voters to question the need to participate. And if electoral justice becomes captured by politics and hence incapable of addressing issues raised by the proper, the streets will take over. Since the presidential elections, there have been demonstrations against what has been described as a faulted political process. These demonstrations have been relayed to the Diaspora in Europe and America.

Cameroon needs to design an adequate electoral system. It is essential to make reforms so that the individual controlling the process is not also a player in it. This year, Cameroons saw first-hand the effects of a lopsided system. If the electoral playing field is not evened out then the country risks being stuck in an interminable loop created by a government for the government. Cameroonians will only stand for this so long. Till then, Cameroon remains a state captured by a few oligarchs.