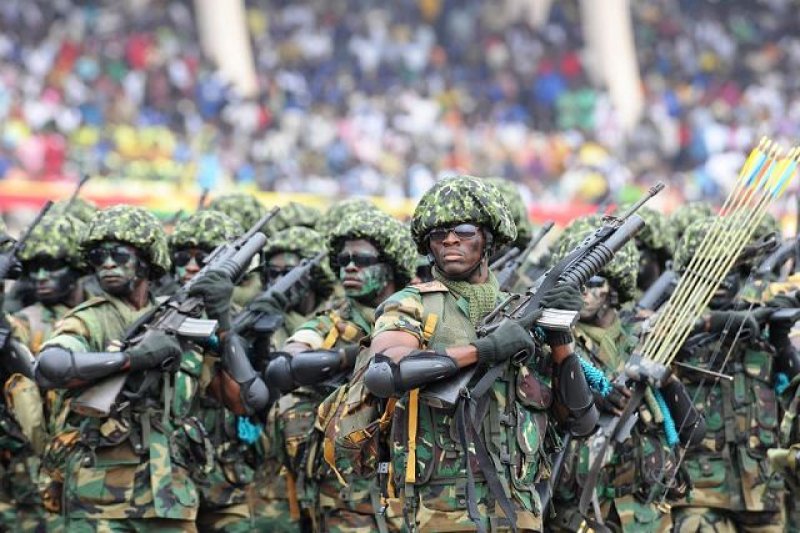 President Nana Akufo-Addo has assured the Ghana Armed Forces (GAF) that his administration will pursue an agenda to give a befitting facelift to all military facilities in Ghana particularly the construction of a new state of the art infrastructure for the force’s training institute.

“There is no doubt that the situation is putting undue strain on the Academy in its efforts to provide quality training,” the President said.

To address this challenge, President Akufo-Addo announced that “plans have been put in place for the building of new state of the art infrastructure to meet the requirements of a 21st Century training institution.” This, the President hopes will be the legacy that he will leave for the Ghana Armed Forces.

The president in his address also cautioned the newly Commissioned Officers of the Ghana Armed Forces to be mindful of the fact that their military uniforms are not for intimidating civilians but it is for their protection and for securing the territorial integrity of the nation.

In all, 139 officers graduated and were commissioned to begin their career in the Ghana Armed Forces. Two allied cadets from the Republic of Guinea also graduated and they will head back to serve in their country.

The Ghana Military Academy is the military academy of the Ghana Armed Forces. It offers basic military training to officer cadets from the Ghana Army, Ghana Navy and the Ghana Air Force. The academy is based in Teshie in the Greater Accra Region.

Entrance to the academy is by examination, and the curriculum includes military and general subjects. Duration of the course for army cadets is two years. At the end of the first six months, a few candidates may be selected to finish their studies at foreign institutions such as the Royal Military Academy at Sandhurst in Britain.

The Ghana Military Academy, established in 1960, also provides short Commissioned higher military education for the officers of the three services. The best senior officers are selected periodically to attend the Army Staff College at Camberley in Britain or one of the agenda other senior service schools in foreign countries.