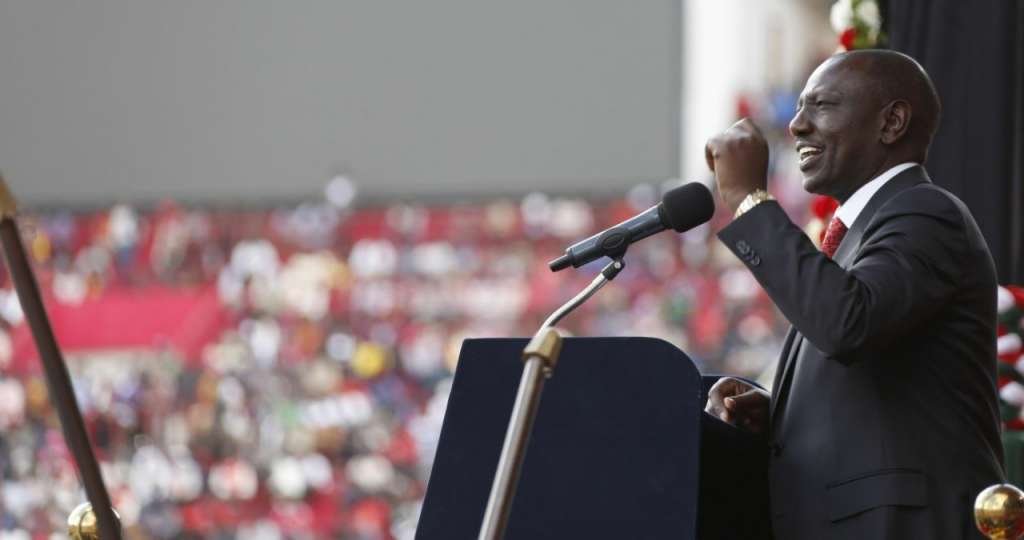 The deputy president William Ruto’s declaration that he supports the constitution amendments is being questioned by different leaders as he continues castigating the opposition for advocating for their selfish ambition.

One day after changing his hard stance against the plebiscite, Ruto launched a scathing attack at the Orange Democratic Movement party saying it is after self- gratification.

Ruto maintained the opposition is pushing for the change of constitution so as to benefit Raila Odinga who has failed to clinch the top seat in the country.

“I knew from the start that some people’s intention was not the constitution, their intention was to get positions out of it, which they did not get,” Ruto said.

The deputy president had blame the former Prime Minister for taking advantage of the truce between him and President Kenyatta adding that referendum was not part of the famous handshake.

“If we believe the handshake is meant to unite Kenya then let us not drag in the referendum issue and use it as a dividing factor. We don’t want people to try to use referendum to divide people at all,” Ruto said.

However, the Central Organization of Trade Unions (an agency which advocates for the rights of labourers) Secretary General Francis Atwoli has dismissed Ruto’s claim that referendum was not part of handshake.

Speaking during an interview with one of the national televisions, Atwoli questioned President Uhuru’s silence over the plebiscite saying Kenyans need constitutional amendments to address issues that have escalated cost of living.

He told off the referendum critiques who tour different parts of the country to taint Raila Odinga’s name saying he is advancing his political agenda.

According to Siaya Senator James Orengo, one of Raila’s key allies, Ruto is not honest in his support for a referendum. He lashed him for spreading propaganda that the Orange Democratic Movement party leader is interested in creating positions to his cronies.

Orengo assured Kenyans that the push for referendum has nothing to do with the creation of positions but to address the fault lines in the constitution.

“I do not think he is sincere. He says he supports, but quickly says he does not support if the agenda is to create positions for the oppositions. It is not about the positions, we want to make the system better,” said Orengo.