The Nigerian Copyright Commission (NCC) Director General, Mr. Afam Ezekude was my guest in this exclusive interview where he revealed the significant role the commission has been playing in terms of protecting the creative works of Nigerians especially those in the entertainment industry through enforcements, prosecution and public awareness on copyright issues. He also gives insight into the commission’s new bill before the National Assembly and how its strategic partnership with the Nigeria Customs, EFCC and others will curtail activities of pirates in the industry to the barest minimum. Excerpts;

QUESTION: Can we get a brief summary of what the Nigerian Copyright Commission (NCC) does ?
RESPONSE: The NCC is the sole agency of the federal government responsible for enforcement and administration of the Copyright Act which includes enforcement, prosecution and creating public awareness of copyright issues for the benefits of Nigerians.
QUESTION: Since your assumption of office how have you been able to help the Commission achieve these objectives ?
RESPONSE: I came on board precisely in December 2010 but fully resumed as the Director General in January, 2011, and from that period the Commission has done so much in terms of its fundamental responsibilities.
QUESTION: In terms of awareness we know that the commission to a very large extent can not do it alone, so do you have partners in civil society and other pressure groups that you work with in other to push this mandate to Nigerians ?
RESPONSE: Yes we have a very robust collaboration with a lot of stake holders in the music industries, publishing, films, software, and the broadcast industry too. I can tell you that these organisations have given us a lot of support in providing us with intelligence reports on where copyright infringements take place, like the popular Alaba market, Onitsha market and others. So we are quite close with stakeholders because we definitely can’t do this job alone we depend on information and intelligence to be able to carry out our enforcements.
I must also add that we have been very fortunate for the last 7 years to have received so much information from our stakeholders and partners and that has led us to record numerous achievement.
Still on enforcement, the Commission has over this period, from 2011 till date, carried out about a total of over 340 enforcement actions, and that is spread across the country in most notorious piracy hubs. Out of the 341 raids carried out, we have seized or confiscated over nine million goods and items of pirated products, removing them from the markets, from the streets and shops. Some of these items include, CD’s, DVD’s, and books.
The value of these items looking at the street value is over 10million naira, and imagine if those items weren’t confiscated and they found their way into the black market, it will definitely distort the local production and distribution chain, which could lead to loss of jobs for Nigerians. However, we don’t intend to stop at enforcement we also make ensure those arrested as part or in the process of our enforcement raid are actually prosecuted in any of the Federal High Courts all over the country, and from 2011 till date when I came on board we were able to secure a total of 58 convictions in the Federal High Courts across the country.
Many of those convicted were not just fined but also been prosecuted, because its an economic crime, not just to the copyright owner but a crime against the country so we try as much as possible to make the fraudsters face the wrath of the law.
QUESTION: Does your commission see copyright crime as financial crime to the extent where specialized agencies of government are brought in to collaborate with you in the prosecution of these cases ?
RESPONSE: Yes we have been working closely with the Nigeria Police in view of the fact that we are not an arms carrying agency, so we need the backing of the police in all of those raids. More importantly we have a standing MOU with the Nigerian Customs Service which allows us to intercept containers coming in from countries across the world. Under the years in review, we have actually intercepted about 28 container loads of books, DVD’s, CD’s as well as broadcast equipment. So we must not loose sight of the fact that if these goods had found their way into our local markets, it will affect our writers, artistes and they would have obviously suffered the impact.
A few years ago under the leadership of Ibrahim Lamorde, we signed an MOU with the EFCC, so yes we are in collaboration with the anti-graft agency also and we do work together to combat economic sabotage of Nigerians in this industry. There are several cases that we have handled which we eventually refer some of them to the EFCC for onward prosecution of the criminals. In the long run we will continue to try to see how we can strengthen the relationship between the NCC and the EFCC for the overall benefit of Nigerians. 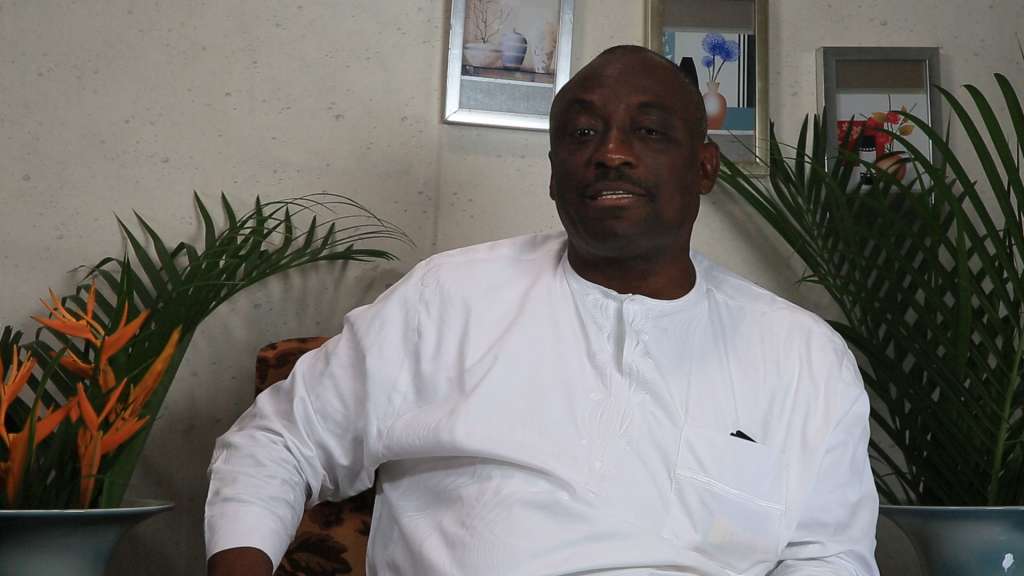 QUESTION: How can Nigerians register their works with the NCC ?
RESPONSE: It is quite a straightforward process though, but before 2014 when we launched our E- Registration
Copyright Portal, copyright works were be reported to us manually, where people registered to notify us, however, we felt it was better to create a portal for easy access and today the registration is not only evidence of existence of that work but also evidence of the ownership of the work but there is also a portal for the registration of that work.
QUESTION: Can you give us actual figures as to the amount of revenue that the commission have added to the economy through all these efforts you have outlined so far, because we found out the movie and music industry have experienced an exponential growth in terms of its revenue base – like we have heard of the ‘N30 BILLION CONCERT’ by an artiste – are there any numbers to show a deliberate link with the NCC’s efforts ?
Response: ABOUT 3YEARS AGO THE BUREAU OF STATISTICS INDICATED THAT THE COPYRIGHT INDUSTRY CONTRIBUTED ABOUT 2% TO THE GDP. THAT FIGURE CAME ABOUT AS A RESULT OF THE WORK THAT WE DO, SO THE ENTERTAINMENT INDUSTRY TODAY HAVE AND CAN CONTRIBUTE A LOT MORE TO THE GDP IF THE NCC SUSTAIN THE MOMENTUM GOING FORWARD. So by doing more in terms of prosecution and rejigging our legal frame work to align with international best practice our entertainers and artistes have a lot to gain.
Something we are equally doing right now is that regards is that the NCC has come up with a Copyright Draft Bill which have been approved by the federal executive council for onward transmission to the National assembly, when that bill becomes law the industry will become more viable and with that viability it will mean that the industry will be able to contribute more in terms of revenue, in terms of taxes for the govt, in terms of employment, so we are hoping that that bill will get passed into law so that Nigerians can begin to benefit.
QUESTION: Lastly can you give us a scope of your man power across the country because we understand the enormity of the work the Commission has to do ?
RESPONSE: The NCC, due to the nature of the job we are doing, we cover the entire country, but right now we just have about 370 personnel workforce across the country which is quite small in terms of the vast lands we have to cover. So we hope that there will be need for an increase in human capital if the commission is to function optimally and carry out its mandates effectively.
Our draft bill is something we are hoping will become law by the end of this year with a view to transform copyright perspective in the country. Copyright is a viable economic area were Nigerians can achieve a lot and so it is imperative that that this bill becomes law.
Thank you Sir.