The Zimbabwe Lawyers for Human Rights (ZLHR) has condemned the harassment of MDC-T Vice-President Thokozani Khupe and Douglas Mwonzora at the burial of MDC-T political party leader Morgan Richard Tsvangirai in Buhera.

According to media reports published on Wednesday 21 February 2018 and according to some video footage circulated on social media, Khupe and Mwonzora were roughed up by some rowdy MDC-T political party
supporters. ZLHR said that it condemns the use of violence by some MDC-T party supporters to settle political scores.According to ZLHR, tolerance of differing opinions is a crucial aspect of democracy and employing violent tendencies and actions limits the fundamental right of people to exercise their constitutionally protected freedoms of peaceful assembly, association and assembly which are all guaranteed in the Constitution and Zimbabwe’s regional and international human rights obligations and are core values of democracy. 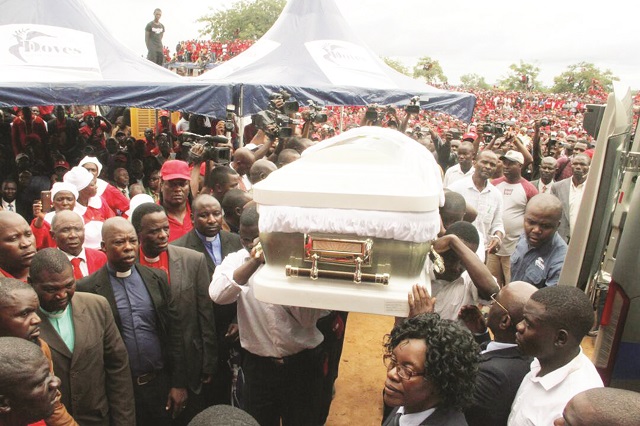 ZLHR says that regrettably, the unfortunate incident of violence against the two comes less than a year after the MDC-T Vice President Khupe was roughed up in Bulawayo on Sunday 06 August 2017 by some MDC-T party
youths bent on settling political scores.

“No matter any differences that may arise or people may have, any resort to violence cannot be justified and tolerated especially by sympathisers of a political party founded on social democratic principles,” ZLHR said.

ZLHR has called upon, the MDC-T party and its supporters to embrace tolerance and stop committing political violence.MDC-T party members and their supporters have also been urged to respect the constitutionally guaranteed freedoms of association, association and assembly.