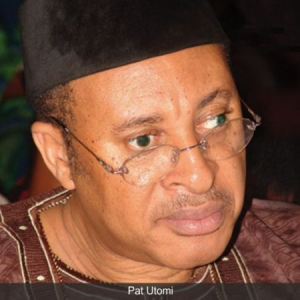 PROFESSOR Pat Utomi, renowned economist and former presidential candidate, in an interview, says that Nnamdi Kanu, leader of thecontinued detention is a violation of the rule of law

Q: Please, narrate your experience during the visit of Igbo leaders to the leader of the Indigenous People of Biafra, Nnamdi Kanu, in prison.

Ans:  For some time now, a group of us have been involved in leadership mentoring. We have mentored a group of Igbo professionals who are scattered around the world, many in the United States, some in Nigeria, some in Europe. A number of us had argued that the time for a new generation of leaders is needed. But in some ways, there has been a failure of leadership across the country. But more importantly, in Igboland, we needed a new vision and new kinds of leadership vistas. That discussion resulted in a global group known as Nzuko Umunna. Nzuko Umunna in Igbo basically is a sort of town hall meeting of brothers. We’ve been active on a couple of communication platforms in which we are essentially ceding leadership to a group of people in their late 20s and 30s, some of whom are in the US coordinating activities nationwide and around the world. That has resulted in a number of leadership initiatives in which issues, political, economic and social, have been advanced and canvassed, and matters of education, industrialisation and all of those have been in the offing. Among the issues that have come out of such discussions are those that are central to the new Igbo essence, to uplift and uphold the dignity of every Igbo man and engage stoutly to make sure nobody abuses and takes the Igbo person for granted anywhere in the world. So, one of the test cases obviously, which was staring us in the face, was the case of the incarceration ultra vires the rule of law. Of course, there was an imperative of engagement. As part of worldwide consultations, we were asked by this group to pay a courtesy call and get the point of view of the gentleman (Kanu) himself, and after that, to express views to the world. And that was what happened yesterday (Tuesday).

Q: For how long has Nzuko Umunna existed as a formal entity?

Ans: In some ways, it is a migration from several groups and platforms. There is, for example, what is called the Igbo Intelligential Forum. There are several other groups, like the Think Tank, Aka Ikenga, all of these. Because values were central to redeeming the Igbo nation, people of strong values were literally handpicked from various other groups to form this kind of body. In this particular form, it has been in existence for perhaps a little less than a year or about a year. But it still has reference into some of the other groups and platforms. Who are the executive members and the overall leader of the group? There is a steering group from the US. There are people in Nigeria who are also (steering). There is a board of trustees, in which I am active. But as I said, the essential leadership was given to the 20- and 30-year-olds, who are typically intellectuals but they are young and more active. The person playing a steering role in this group from Texas used to be an assistant of mine a couple of years ago. He is currently a PhD candidate in the US. His name is Joseph Oduomoko.

Q: How many of you went to visit Kanu in Kuje Prison?

Ans: There were many people who wanted to go but we had to keep it trimmed. We were about 14, if I recall correctly. We had interesting conversations with him. We asked him to tell us what his perspectives were on things, to share on his current incarceration experience, and that was a useful conversation. It helped give us an insight into his consciousness because really, the group (IPOB) is a consciousness movement. If you remember Steve Biko and the Black Consciousness Movement in South Africa, this group is (also) an Igbo renaissance consciousness movement.

Q: Can you share some of the things he told you?

Ans: We discussed the state of the country and perceptions of levels of justice in the country and why the economy is challenged: because of policies of exclusion. We discussed what we generally called the democratisation of discontent in Nigeria. That is to say there seems to be unhappiness about Nigeria everywhere around Nigeria, and therefore, the need to change course for the country. The whole idea is to create a platform for continuing conversation, to harmonise the views of different people about what the most appropriate solution is to this challenge of malcontent.

Q: What are Kanu’s perspectives on these things you discussed?

Ans: I don’t think it is fair to be his spokesperson. He can represent himself and speak for himself. What I took away from the meeting is that he is a very intelligent person. He clearly is not mad. He’s very strategic and focused.

Q: What did you notice about the conditions in which he is being kept?

Ans: He seemed quite calm and relaxed. There is a meeting area; he came to the meeting area. We didn’t go to into the cell. We did not discuss food and stuff like that. But I think the prison staff and wardens were very polite and professional. That was good.

Q: The Federal Government has accused him of treasonable and inciting acts. Do you think it is fair to call Kanu a felon and a threat to national security?

Q: In your meeting with Kanu, was there any discussion of him setting aside his pro-Biafra agitation in exchange for his release?

Ans: To start with, two courts of competent jurisdiction have tried him. One gave him a bail because he did not find the matter to be of high treason, obviously. If it was high treason, he (the judge) wouldn’t give him a bail. The second completely discharged and acquitted him, calling for his immediate release. Surely, not doing so is to do damage to the concept of the rule of law. And where the rule of law is assaulted, when impunity reigns — because this is the reason we (All Progressives Congress) ran against the Peoples Democratic Party; we argued that they were a party of impunity. It would be inappropriate for us to become a party of impunity. So, the law is there and courts of competent jurisdiction have asked for his release. I think that it is inappropriate to continue to hold a person like that. And I think it is even more inappropriate to ask a person to submit to a denial of his freedom, to express himself in the future as basis for giving him his freedom, which is what, ‘Promise that you can’t talk again, so we can let you go,’ amounts to. One of the most important factors in the development and human prosperity is when institutions have their legitimacy challenged by impunity or by refusing to obey law, for example. That brings greater harm to the rest of society than whatever may be dysfunctional about allowing a person to express views that you are not happy with.

Q: How do you think Kanu’s detention will affect the Igbo in the 2019 presidential elections?

Ans: I am not a soothsayer. It is not my place to speculate on presidential elections. It is just my place as a citizen to exercise citizenship behaviour and point to the fact that abuse of the rule of law jeopardises my freedom because I could be the next victim. That’s all.

Q:  Are you in support of Biafra?

Ans: I don’t know what that means. I don’t think you have met anyone who is more Nigerian than me, both in my upbringing and the things that I have said. If you want to evaluate, you just go back to my history and read, and find out if you or anybody you know is more Nigerian than I have been. I was born in Kaduna (State). I was baptised in Jos (Plateau State). I lived in Maiduguri (Borno State) as an infant. I started school in Kano (State); the bulk of my primary education was in Gusau, now in Zamfara State. I started secondary school in Onitsha (Anambra State). Then I had the bulk of my secondary education in Loyola College, Ibadan. I attended the University of Nigeria (Nsukka, Enugu State). If you check my history, one of the things I am accused of is that I am more Yoruba than anything else. So, I think that you don’t need to ask me a question about that.

Ans: There is a book that was published last year and at the presentation of that book, former Vice-President Atiku Abubakar called for a restructuring of Nigeria. The title of that book written by Chido Onumah is We Are All Biafrans. Now, Biafra is used in that title as a metaphor to suggest that across the board in Nigeria, people feel this great discontent. In effect, all Nigerians literally have become Biafrans in the sense of discontent with the Nigerian project. If you see the statement that we made, it began with a quote from a statement made just last week by Prof. Ango Abdullahi, in which he said “Nigeria is not working.” So, if Nigerians are honest in expressing it (their discontent) in all kinds of different ways and the metaphor for that expression is the word that rallies a people who felt discontent with Nigeria many years ago, that word being ‘Biafra,’ I think you have to be careful with your interpretation of what people mean when they say ‘Biafra.’ Biafra essentially is a catch-all phrase for being unhappy.

Q: Are you still with the APC?

Ans: Of course, I am a passionate, committed member of the APC still, and one of my major commitments is to work internally for the reform of the APC from within.

Q: If the Buhari government has not heeded calls to release Kanu so far, what new approach will you take as Igbo elders?

Ans: We will cross the bridge when we get there. We pace it and take it one day at a time. –